One Of The Oldest Stars In The Universe Discovered 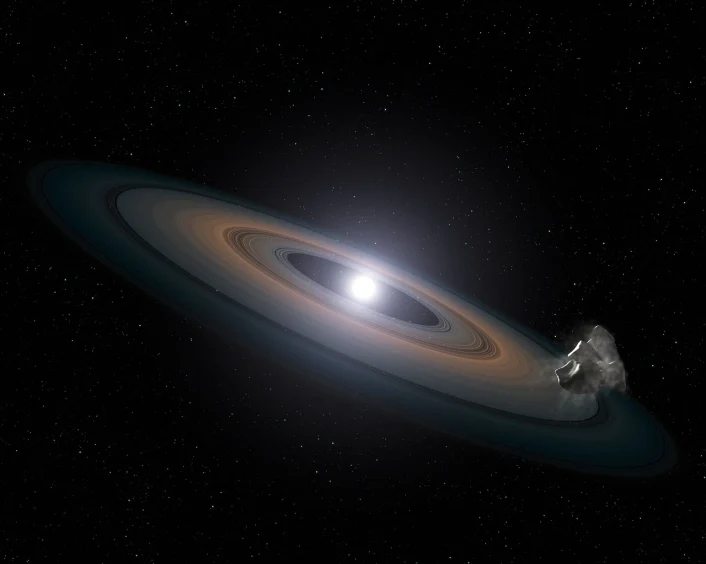 “The small red dwarf, which is estimated to be 13.5 billion years old, is, surprisingly, a part of the Milky Way itself”.

Johns Hopkins University in Baltimore, Maryland made this startling announcement on November the 5th, based on observations made using the Magellan Clay Telescope at Las Campanas Observatory in Chile and the Gemini Observatories in Chile and Hawaii. The star’s age, which is thought to be 13.5 billion years old, was estimated by studying the heavy metal content of the star.

How does the amount of metal in a star decide its age?

The earliest stars in the Universe were formed mostly from Hydrogen and Helium, and traces of Lithium. That is because, when the Universe was formed, these were the only elements in existence. As stars burned away, metals were formed inside their cores, and these metals were eventually added to the star-forming primordial soup when the stars exploded as supernovae. Over the generations, the amount of metal inside the stars increased due to this process. From this, scientists infer that the oldest stars had barely any metal content inside them. Another factor is the type of metal; heavier metals were formed later on, and hence heavier metals are found in younger stars.

How do scientists find the amount of metal inside a star?

Scientists can identify the type of metals in a star by studying the spectrum of light from the star: each element has a certain characteristic wavelength associated with it. The presence or absence of these wavelengths, indicated by bright or dark bands in the spectrum, can tell scientists about the composition of the stars.

More about our special star

The star, called 2MASS J18082002-5104378 B, was discovered quite accidentally. Kevin Schlaufman, the lead author of the paper, and his team were analyzing a much bigger star for its composition. It was then that they noticed that the star had a slight wobble to its spin; the team concluded that it might be part of a system of stars. It was then that our star was discovered. Analysis of its spectrum showed hardly any metal content. Schlaufman said in a statement, “This star is maybe one in 10 million.”

Scientists have learnt a lot from this discovery, and hope that they can learn much more about the formation of the earliest star systems, and also the composition of the Universe after the Big Bang. The fact the the star is so tiny has changed the idea about the earliest stars. Since there was mostly hydrogen gas in the Universe after the Big Bang, and hydrogen is a poor coolant, the stars were much hotter and turbulent, and consequently needed much more gravity, and hence mass, to keep them together. The stars thus formed were massive, hot, and burnt out their violent lives quickly, ending in spectacular supernovae. This is one of the reasons that older stars are so rare; they had much shorter lifespans. The discovery of 2MASS J18082002-5104378 B, however, has changed that theory, implying that smaller stars could have formed as well. Because the star is so small, it spends its fuel at a comparatively slower rate, and can live for much longer. It can potentially live for a trillion years.

The discovery of this star has opened up new avenues to information about the early Universe; the composition after the Big Bang, and the processes of star formation. We have also learned that the Milky Way is older than we thought, by about 3 billion years. Scientists hope that we can learn much more from the discoveries of these elusive, ‘first generation’ stars.