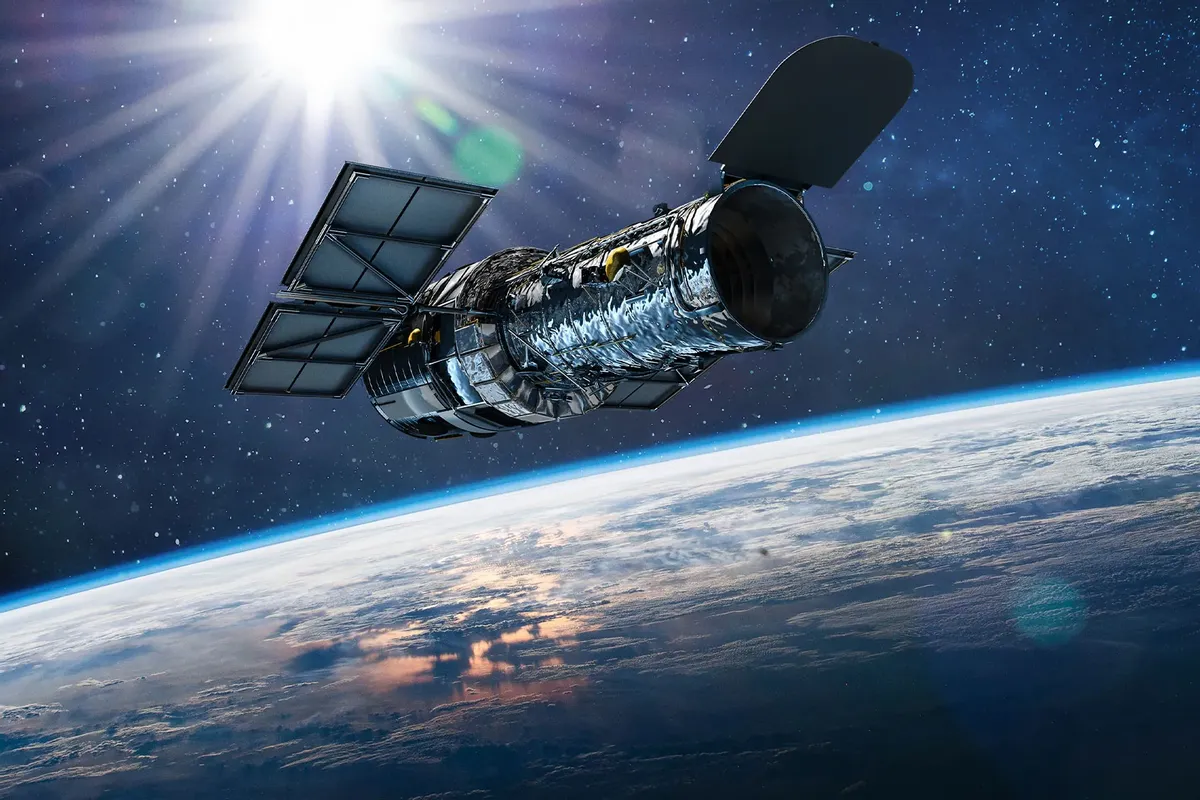 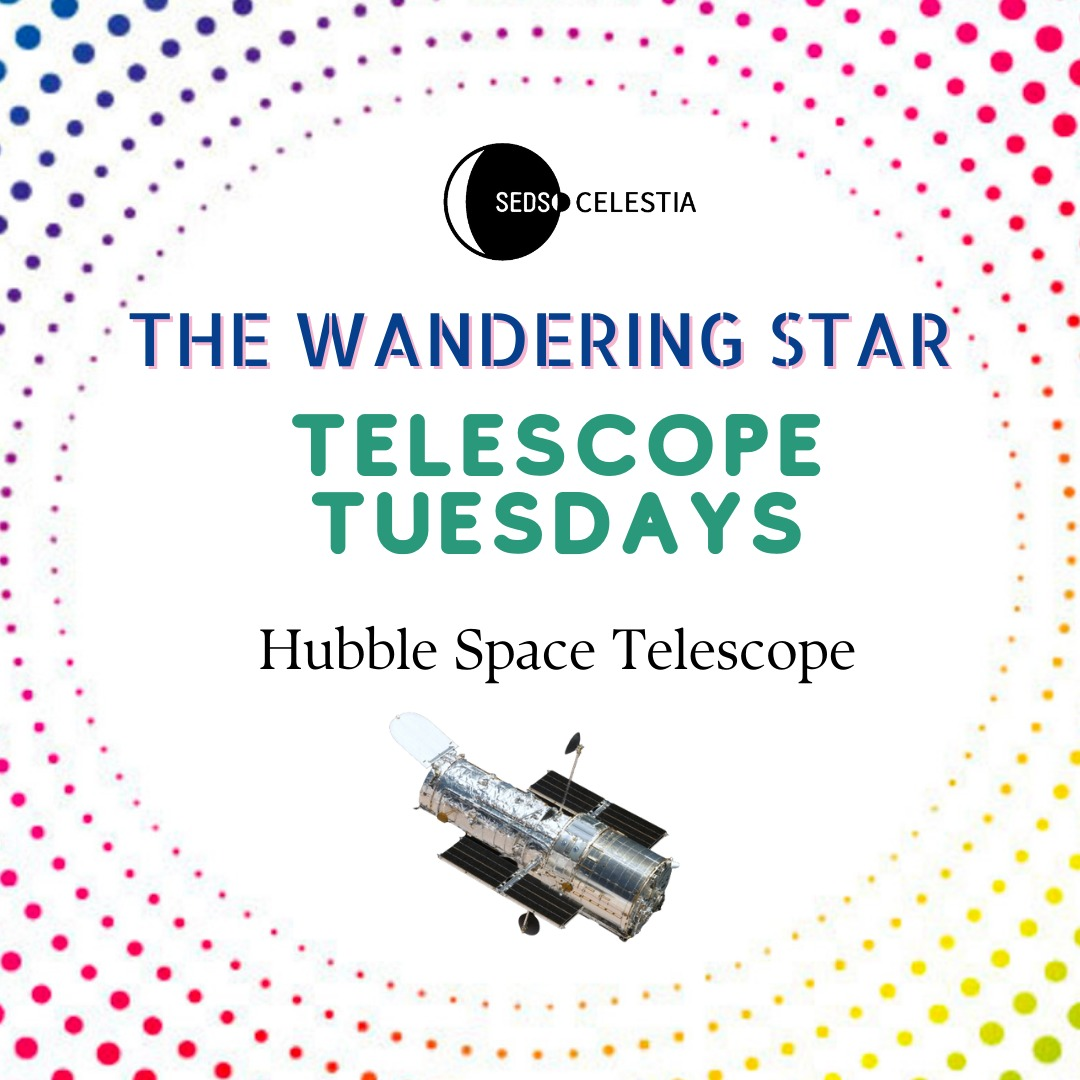 Space telescopes have two main advantages over ground-based telescopes. First, the resolutions at which scientists could observe would increase significantly as there would be no disturbance due to the turbulence caused by the atmosphere. Second, the telescope could observe infrared and ultraviolet rays ( most of these rays are usually absorbed by the atmosphere). While ideas for space telescopes existed from as early as 1945, they did not gain any support until the The National Academy of Sciences published a report entitled “Scientific Uses of the Large Space Telescope.” It took 8 whole years for the project to gain momentum until it finally got congress approval and funding in 1977. The image shows the main structure of the Hubble space telescope as it is currently. Given its length, one of the main challenges of launching the Hubble space telescope was to make sure that it would stay stable, and this was solved using 6 of the most sensitively tuned gyroscopes. 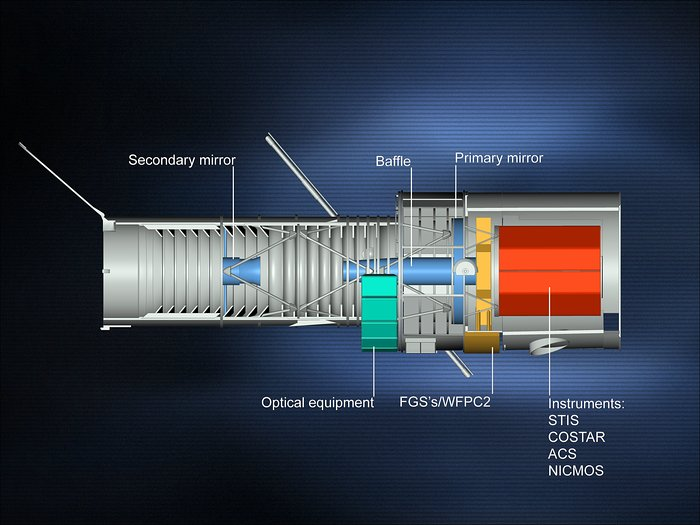 This shows a cross-section of the NASA/ESA Hubble Space Telescope (HST). The radial instrument bay is seen in yellow, the axial instrument bay in red, the primary and secondary mirrors in blue, and the optical equipment in green.

After 20 years of hard work, almost two billion dollars, and hundreds of technical, financial, and political hurdles later, the Hubble space telescope was launched into space in 1990. While the launch was successful, NASA later found out that the primary mirror was slightly chromatically aberred, the edges of the primary mirror were ground slightly flatter( by about 0.0022 mm), which created these fuzzy halos around objects. While the other launch and the the multi-million dollar equipment worked well, this small error made the hubble pretty much useless for almost 3 years. NASA and ESA engineers together designed a solution- COSTAR. COSTAR was an instrument built with five pairs of small mirrors on motorised arms. COSTAR would essentially act something like corrective glasses that we use to focus light accurately. This repair was not easy, the many technical challenges which came along with it forced NASA to send a crew of astronauts to fix it. The astronauts replaced the high speed photometer with COSTAR. To this day astronaut who replaced it- Kathryn Thronton believes that it was a miracle it worked and that they could have just as easily killed it. 11 days of calibrations later, the Hubble came out with the most stunning, detailed beautiful pictures ever taken, with each pixel of the picture holding a mystery to be solved. As expensive as the repair was, the intricacy of the pictures was so remarkable, you’d forget all about it. These images are not just breathtaking, but every single point in these pictures contained the answers to the mysteries of the universe. 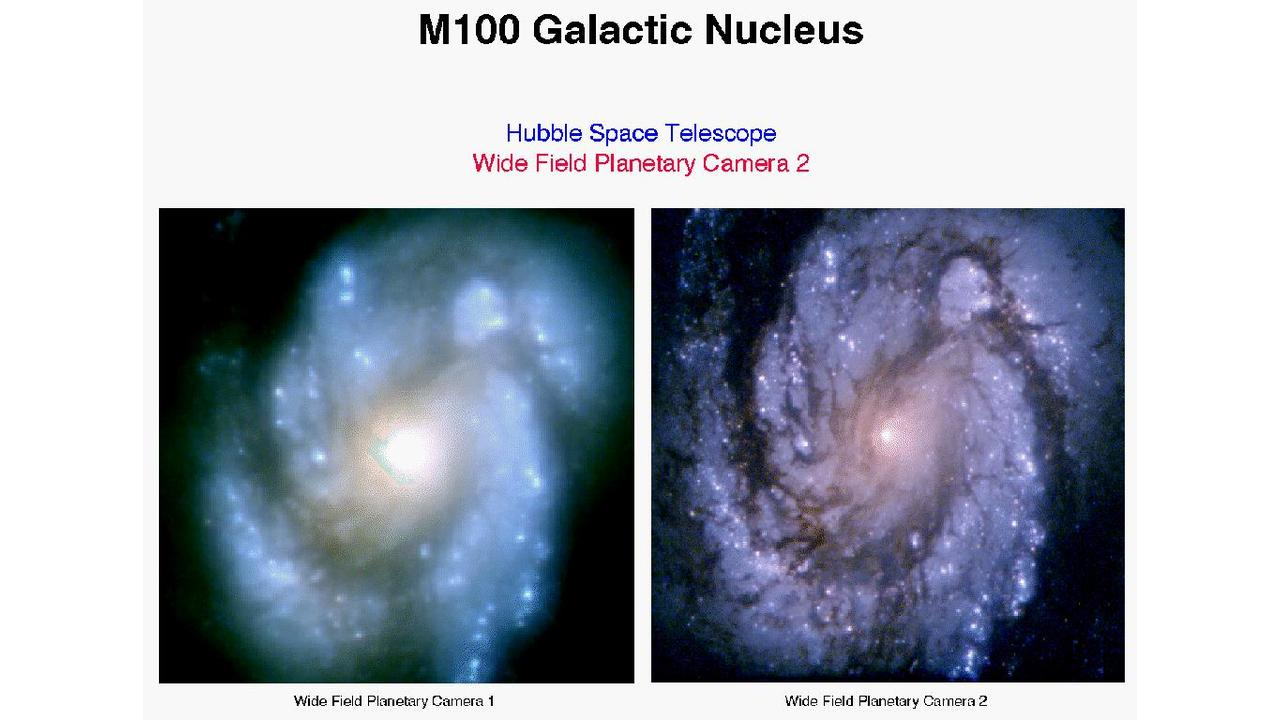 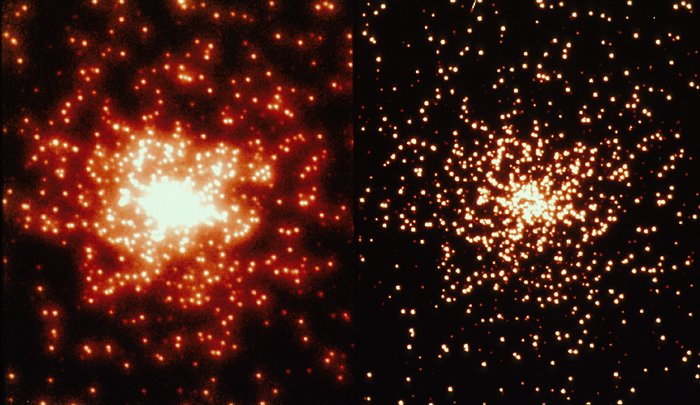 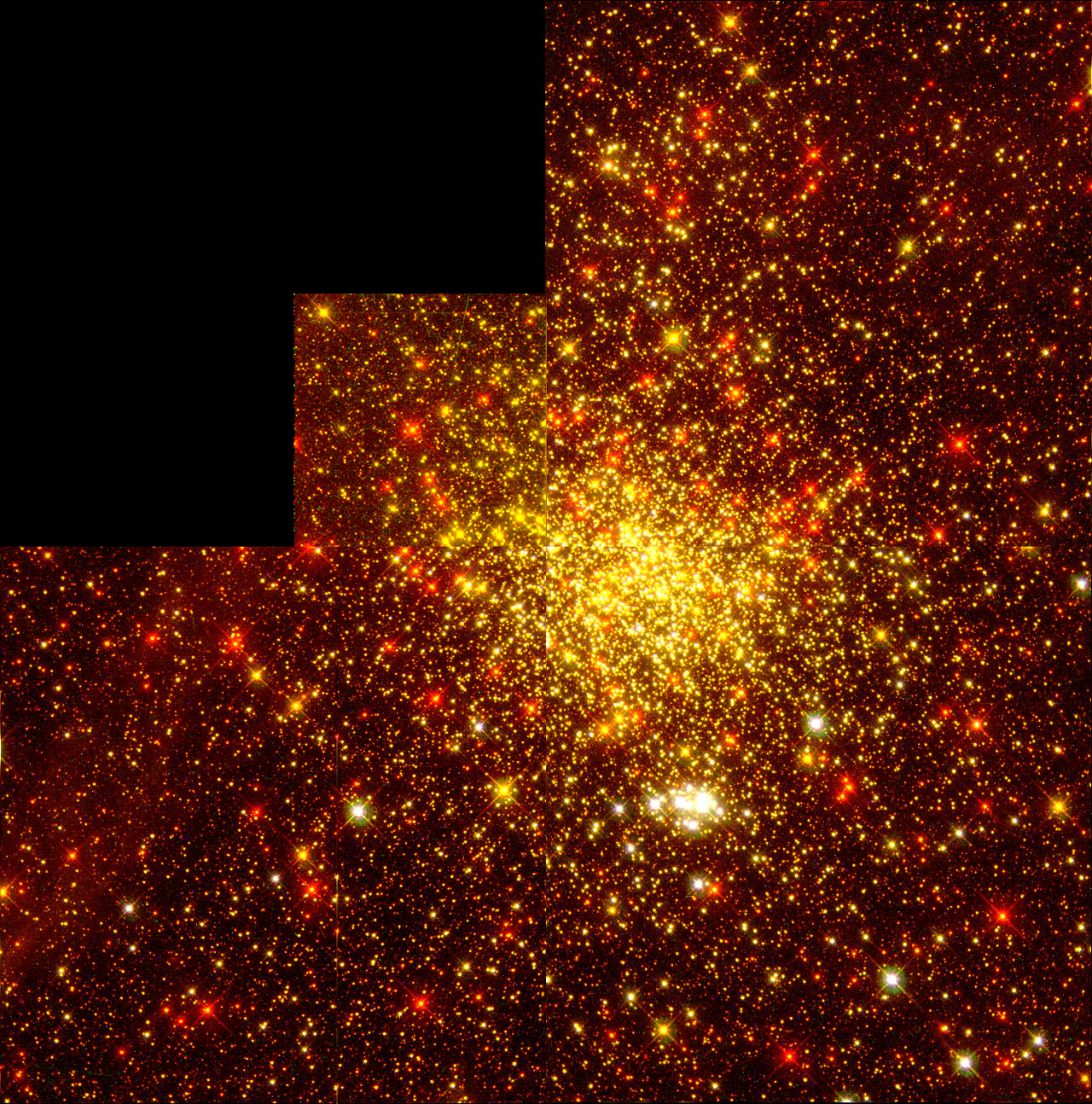 This Hubble Space Telescope (HST) image shows rich detail, previously only seen in neighboring star birth regions, in a pair of star clusters 166,000 light-years away in the Large Magellanic Cloud (LMC), in the southern constellation Doradus. The field of view is 130 light-years across and was taken with the Wide Field Planetary Camera 2. Credit: R. Gilmozzi, Space Telescope Science Institute/European Space Agency;Shawn Ewald, JPL; and NASA 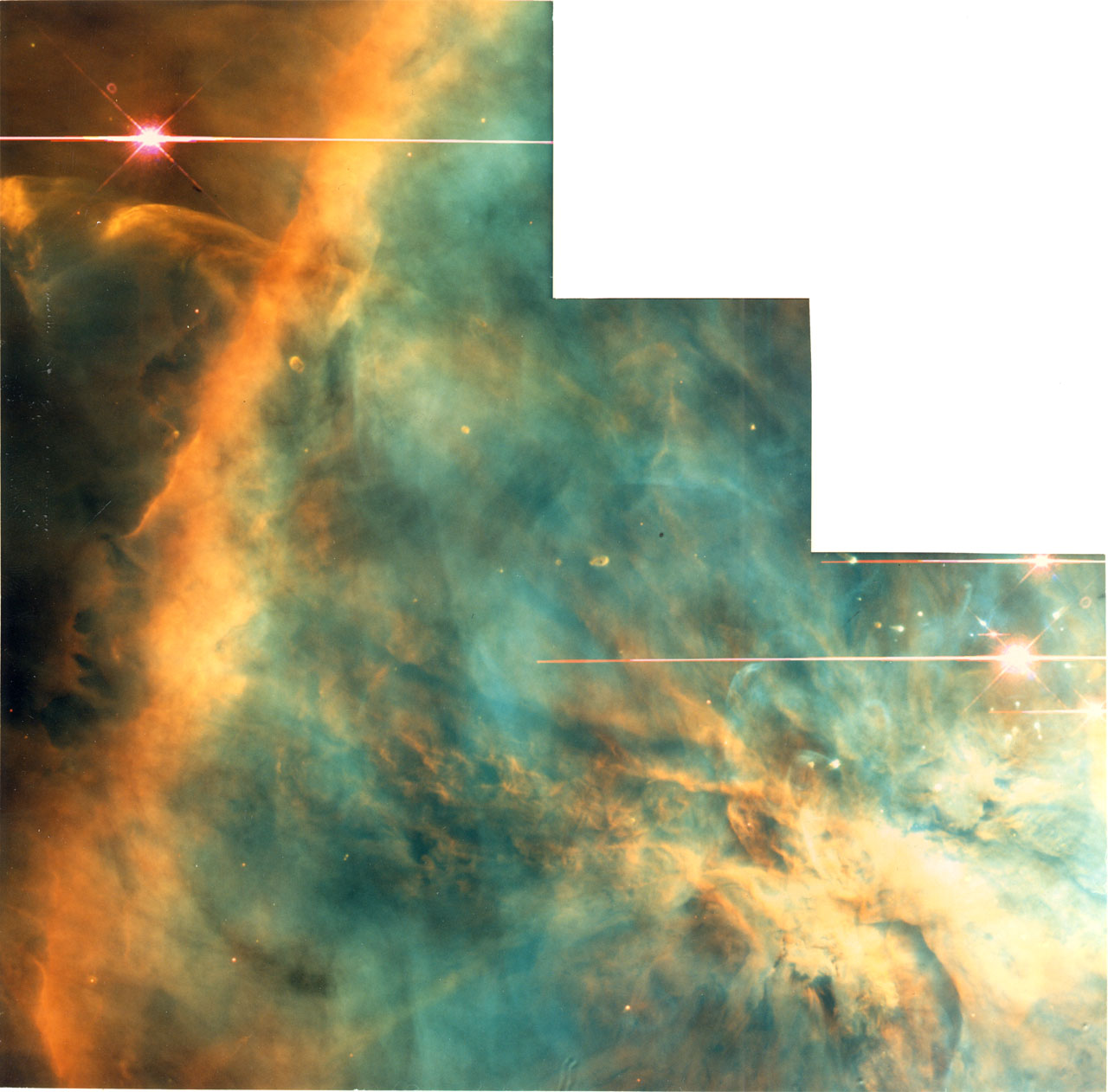 A NASA/ESA Hubble Space Telescope image of a region of the Great Nebula in Orion, as imaged by the Wale Field Planetary Camera 2.

The pictures taken by Hubble have lead to some of the most important breakthroughs in Astronomy, and have helped answer questions about the state of our universe. The most important among them being helping us understand the expansion and the age of the universe, this was one of the major scientific justifications for building the Hubble Space Telescope. A bit of background, in 1924, Edwin Hubble(If you hadn’t guessed already, the telescope is named after him) observed that galaxies were moving away from each other, and long story short it was concluded that the universe was expanding. In simple terms, if we had an accurate way of measuring the rate at which galaxies moved away from us, we would essentially be able to tell the age of the universe. The Hubble telescope used observations of cepheids to determine the age of the universe, the way this was measured is quite fascinating. Cepheids are a special type of variable star with very stable and predictable brightness variations. The frequency of these changes is determined by the stars’ physical attributes, such as mass and true brightness. This means that we could learn about the Cepheids’ physical nature just by looking at the variability of their intensity of the light, which can then be used to measure their distance. The Cepheids were subsequently employed as stepping stones for measuring the distance between supernovae, which provided a gauge for the Universe’s scale. Using these Cepheid measurements, astronomers could accurately determine the age of the universe to be 13.8 billion years old. This image released in 2016 is just one of the breakthroughs we’ve had. The tiny red spot which is zoomed in is the GN-z11 galaxy, the farthest galaxy known to mankind. It is 13.4 billion years old, which means that we’re seeing the galaxy as it was 13.4 billion years ago. This galaxy is much faster and brighter than what astronomers predicted for galaxies at that time, this one image totally changed our understandings of galaxies in the early universe. We are able to observe and learn how the universe was 13.4 billion years ago from this one single image. In a way, Hubble is a time machine, we’re essentially able to observe how the universe is expanding and how it’s been changing through it. 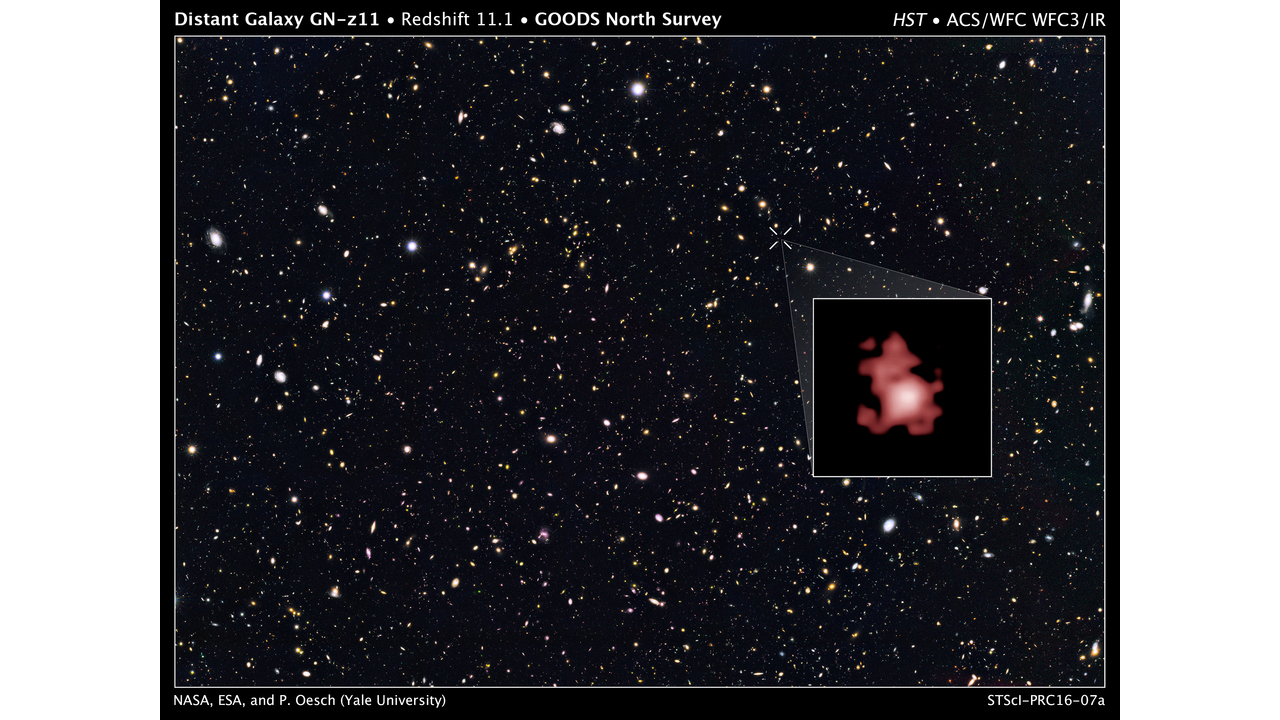 Another very interesting Hubble image is the Hubble Deep Field. In 1995, the Hubble pointed at a small, seemingly empty area in Ursa Major, where there was thought to be nothing. Hubble pointed at this tiny area which was only about 2.6 arcminutes, which is about one- 24 millionth of the entire sky for almost a month, this was pretty controversial at the time- to spend precious Hubble time looking at an empty patch? And again, Hubble did not disappoint, the image it produced was spectacular in all ways. This image of a tiny point in a tiny patch in the sky where there seemed to be nothing was covered in galaxies. Every point on the image is a galaxy. We now know that we are surrounded by galaxies in hundreds of billions all around us, in every direction. A few years later, Hubble observed a much deeper field from September 2003 to January 2004, near the constellation Fornax which is in the south hemisphere, south-west of orion. This picture- Hubble Ultra Deep Field(HUDF) was the most sensitive picture taken until the XDF(eXtreme Deep Field) which was released in 2014 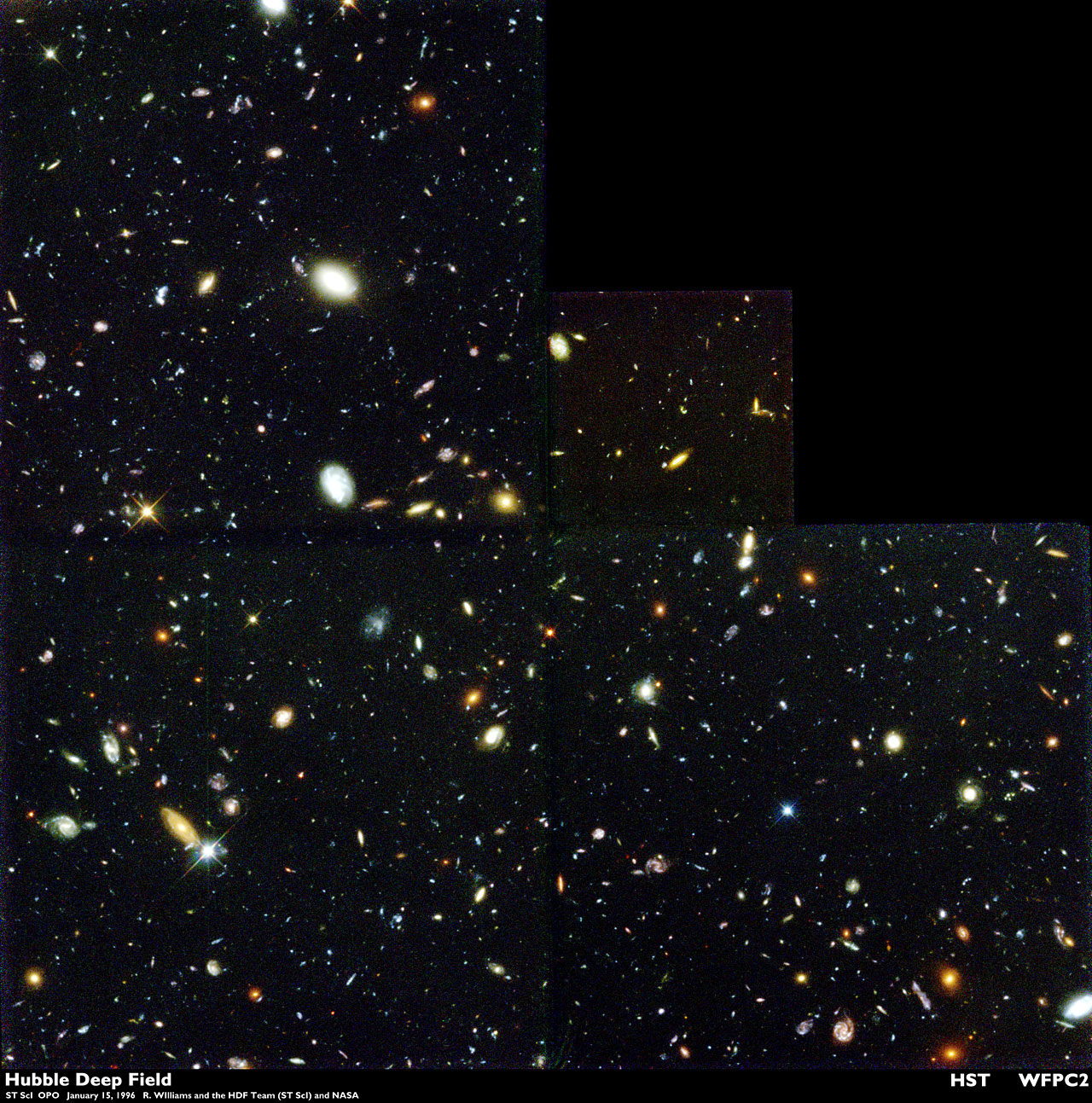 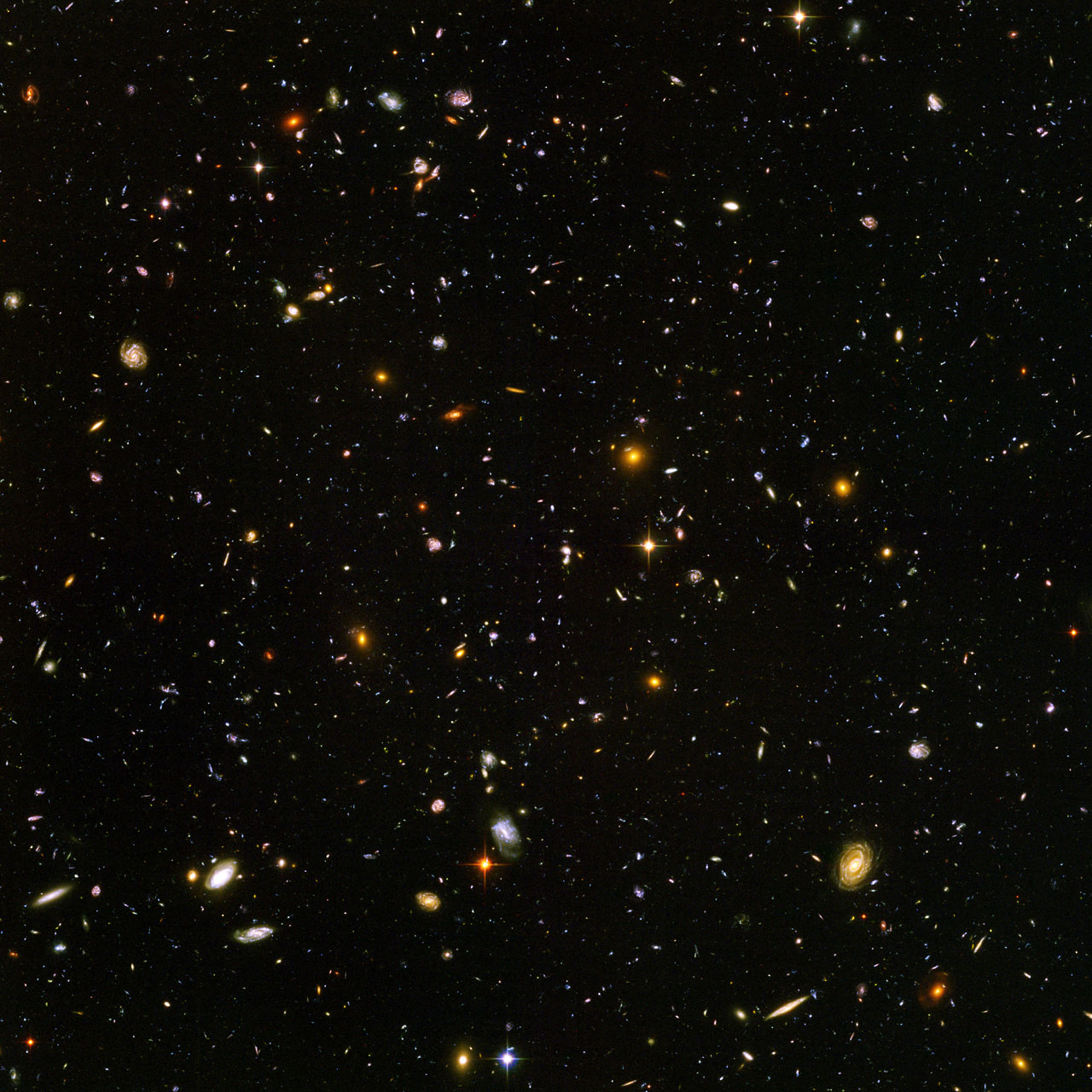 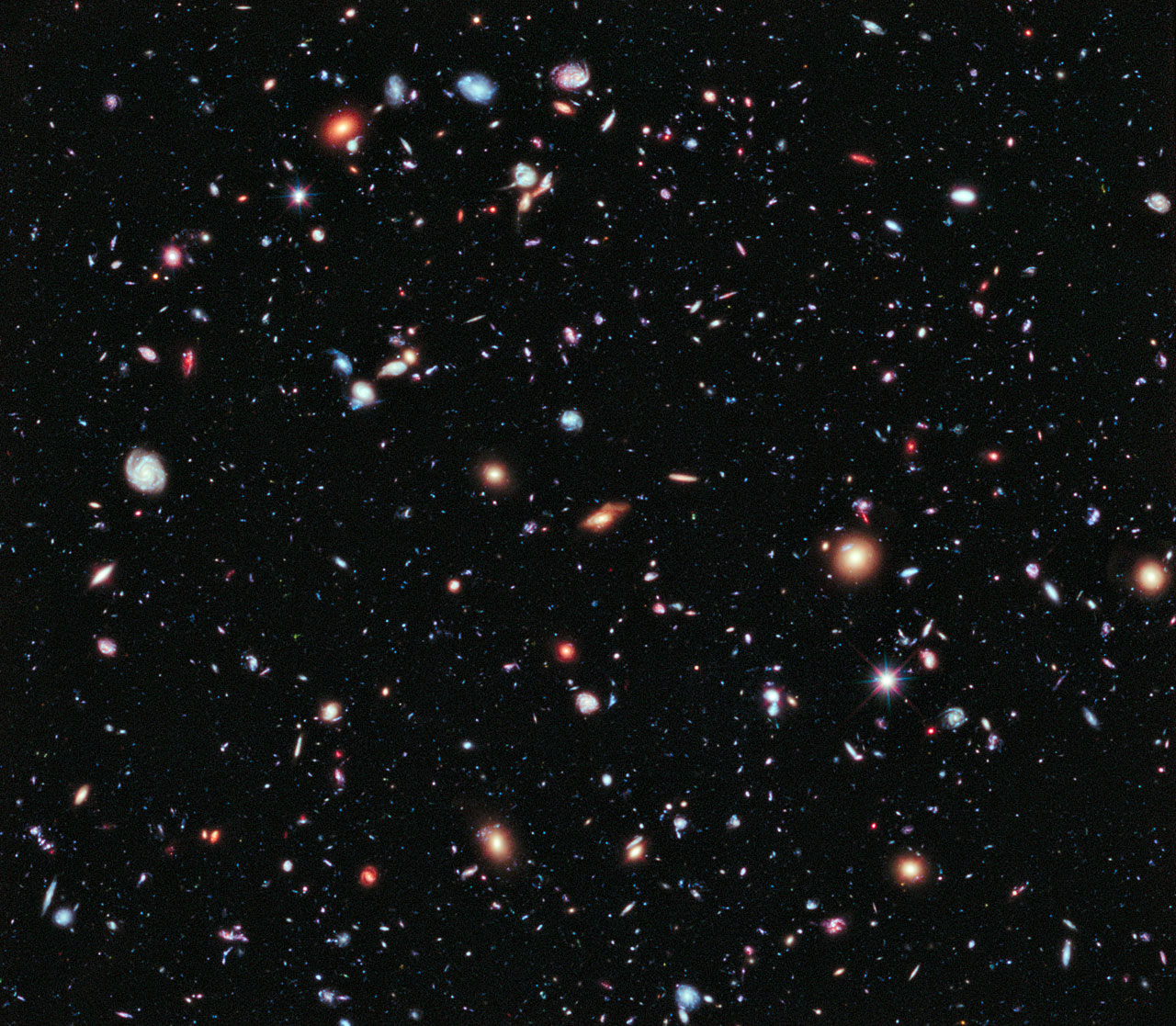 Other than the aforementioned, the Hubble has been behind several other achievements as well. The images provided by Hubble have helped establish the theory that there are blackholes at the center of most galaxies. It has also discovered quite a few solar systems (1st exoplanet was discovered by Hubble in 2008). Hubble has made incredible contributions to Astronomy, with over 15,000 papers based on its data have been published in peer-reviewed journals. While almost 1/3rd of all papers in astronomy go uncited (after many years of publication), 98% of all papers based on Hubble data have citations. It isn’t an exaggeration to say that the Hubble space telescope is one of the most important projects of all time in the field of astronomy.