This section will keep you updated with the projects ongoing or completed by SEDS Celestia, along with its details and references for further study for those interested. Please contact the projects head for any query. 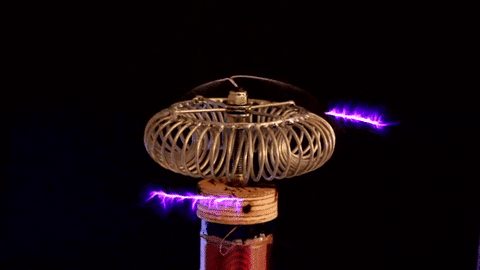 The objective of this project is to create a Solid State Tesla Coil: a Tesla Coil powered by Transistors instead of a spark gap. The design and construction of a SSTC is not a trivial task. It’s main challenge lies with the fact that to perfect the circuit, a lot of debugging is required for which a very sound knowledge of electronics is important.

Light Detection and Ranging (LiDAR) is a new concept closely related to RADAR and SONAR used to detect objects at a distance, but with the benefits of having better frequency and precision. It is an optical remote sensing system which can measure the distance and position of a target by illuminating the target with light and measuring the reflected light with a sensor. Due to its accurate results, it has great applications in terrain mapping, vehicle automation and obstacle detection and deflection. 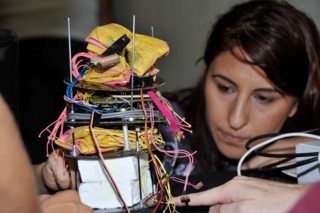 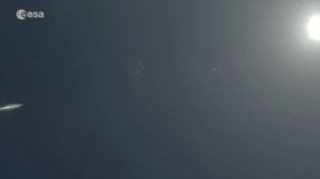 A CanSat is a type of sounding rocket payload used to teach space technology. It is similar to the technology used in miniaturized satellites. No CanSat has ever left the atmosphere, nor orbited the earth. In CanSat competitions, the payload is required to fit inside the volume of a typical soda can (66mm diameter and 115mm height) and have a mass below 350g. Antennas can be mounted externally, but the diameter can’t increase until the CanSat has left the launch vehicle. The CanSats are deployed from small rocket at height which varies depending on the competition. CanSats are equipped with a recovery system, usually a parachute, to limit damage upon recovery and to allow the CanSat to be reused. CanSats are used to teach space technology, because of their inexpensive price and small volume. 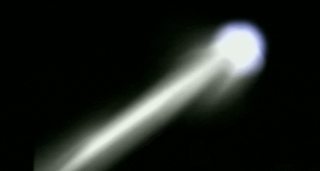 Comet dust trails are the collections of large (greater than 0.1 mm) particles that closely follow a comet’s orbit, similar to how a contrail follows a jet. Dust trails are the youngest meteoroid streams, and when they intersect the orbit of a planet they can create meteor showers. Some asteroids have been dynamically linked to meteor showers, but dust trails have only been observed around comets.What will we be doing in the project? In this project we plan to simulate the dust trails of a comet (based somewhat on a n-body simulation) by feeding in the computer values like the mass of comet,its distance from sun,the angle at which the comet is tilted,the composition of the comet,the animation will be done with the help of ue4 and calculations will mostly be done using cuda. 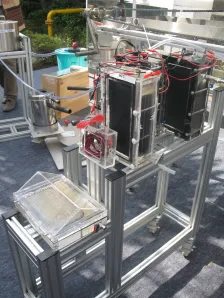 Microbial fuel cells are devices that utilize bacteria in order to catalize reactions and generate current. Microbial fuel cells(MFC) are most commonly used as cells in order to generate current and as a cleaner method of energy generation. The project will proceed by selecting the design and structure of the fuel cell and then by the selection of the electrolyte, proton exchange membrane and the anode and cathode material required.A circuit will have to be designed in order to measure the current generated by the MFC. This project will not focus on the ability of the MFC to generate high levels of current or be a sustainable source of energy but rather as a method of detecting life in a given sample. The MFC will be a soil based MFC design that focuses on detecting life in a soil sample. 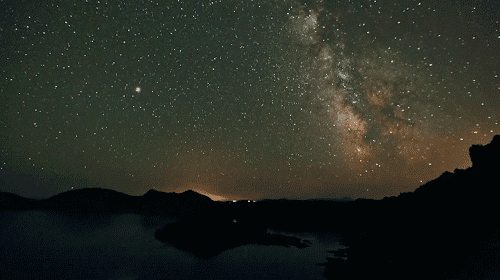 A star-tracker is a device used to track astronomical objects as they make their way across the sky. It is used to make telescopes and cameras keep following the objects for better and accurate sky-gazing experience and for longer effective exposure times for deep-sky photography. Star-trackers made as a part of this project will be used as on telescopes and DSLR cameras in sky-gazing sessions organized on and off campus. The aim of this project is to build star-trackers for DSLR camera and telescope. The star-tracker will track the objects in the sky using Stellarium, an open source project, which will feed real-time location of the object (in altazimuth coordinates) to a pre-programmed Arduino microcontroller, which will make the tracker follow the object as accurately as possible. The star-tracker will be mounted to camera and telescope mounts. 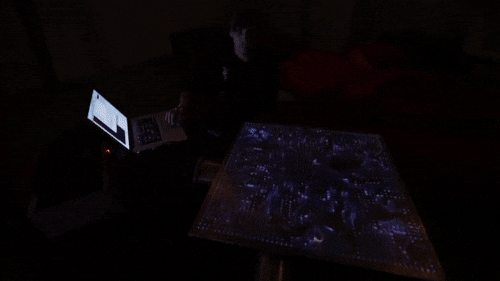 A Rubens’ tube, also known as a standing wave flame tube, or simply flame tube, is an antique physics apparatus for demonstrating acoustic standing waves in a tube. A flammable gas is passed through a drilled tube and the gas is vibrated using a speaker. We can see the standing waves produced by the input sound in the form of flames coming out of the drilled holes. A 2D version of a Ruben’s tube is called a Ruben’s board or simply, Pyro Board. 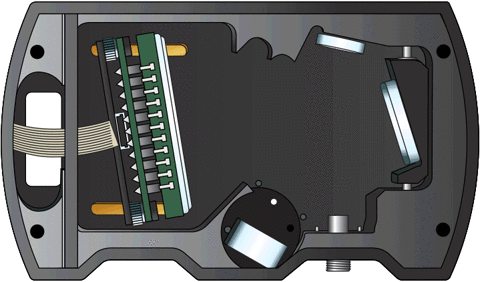 An optical spectrometer is a scientific instrument used to analyse the electromagnetic spectrum of physical phenomena. It is a powerful way to determine the chemical composition of light sources or illuminated objects.

Spectrometers are found in a wide variety of applications, but we are interested mainly in: i) Astronomical spectroscopy – to determine the chemical composition and doppler velocity of stars and galaxies. ii) Detection of compounds by absorption spectroscopy. 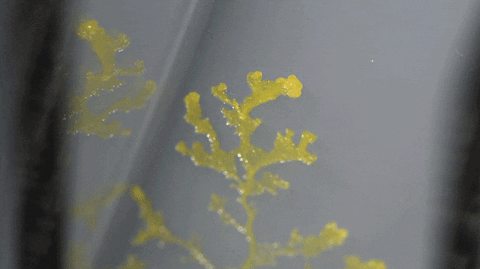 Physarum polycephalum is a slime mold. It has been observed that this mold can solve some basic computational problems like the shortest path problem. It even exhibits a very primitive form of memory. As the mold does not have a nervous system, scientists have been fascinated by its’ behavior. 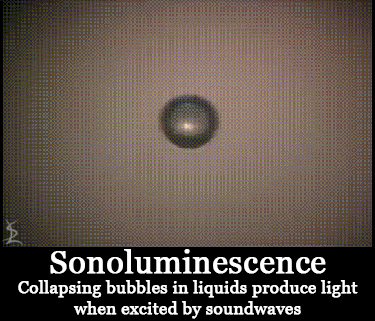 It’s one of the long term projects, that aims to create a sonoluminescent bubble and take temperature and spectral measurements of the light emitted. ‘Sono’ means sound and ‘luminescent’ pertains to light. It is an air bubble in a fluid that emits visible light, due to high amplitude ultrasonic waves passing through it. It is an incredibly rare and unexplored phenomenon.

The project aims to build an automated mount on which a DSLR camera can be put up and take a wide scope, long exposure images of night’s sky. 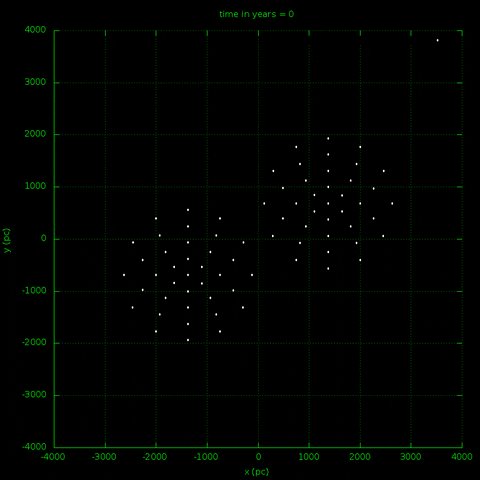 It aimed to simulate the gravitational interaction of a swarm of bodies and study the clustering and dynamics of the structures formed. 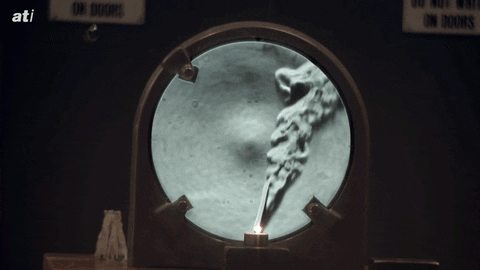 It aimed for the visualization of pressure, temperature and composition gradients in fluid flow and observe the complex fractal like structures of turbulence. 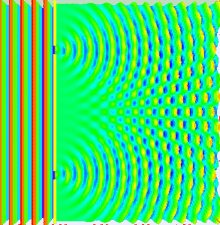 It aims to recreate a quantum phenomena like interference with walking droplets on a vibrating fluid bed.

It aims to build a Michelson interferometer without any expensive equipment and to explore the applications of interferometry in seismology and acoustics.

It aims to build and train a convolutional neural network that will classify galaxies using their images.