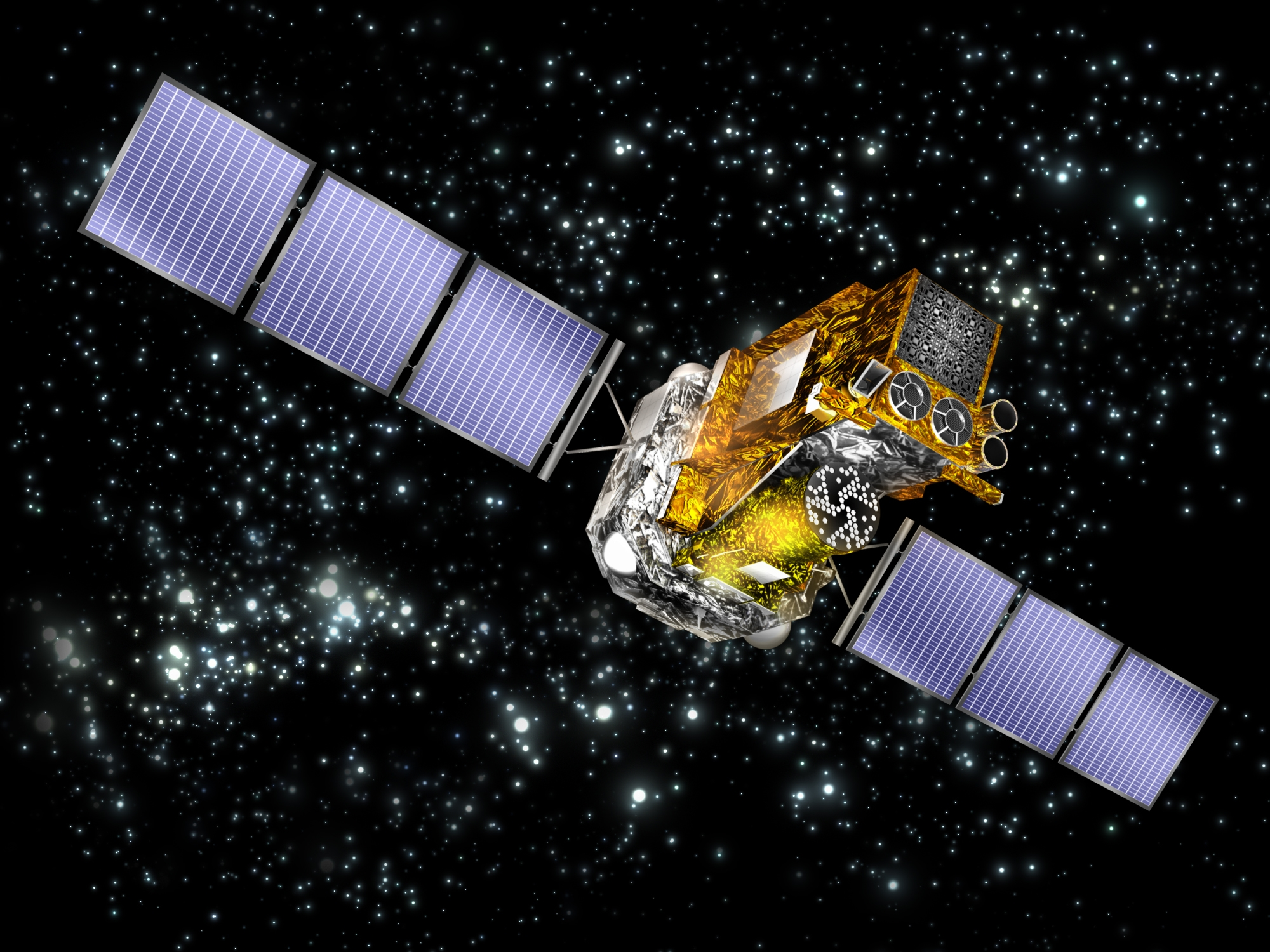 INTEGRAL or INTErnational Gamma-Ray Astrophysics Laboratory was launched in Earth orbit in 2002 by the European Space Agency (ESA) and is used to observe gamma rays of energies up to 8 MeV, X-rays and visible light. It is the most sensitive gamma-ray observatory in space. It was launched from the Russian Baikonur spaceport in Kazakhstan aboard a Proton-DM2 rocket. It is mainly an ESA mission with additional contributions from Italy, France, Germany and Spain. Russian Space Agency with IKI (military CP Comand Punkt KW) and NASA are principal collaborators on this project. 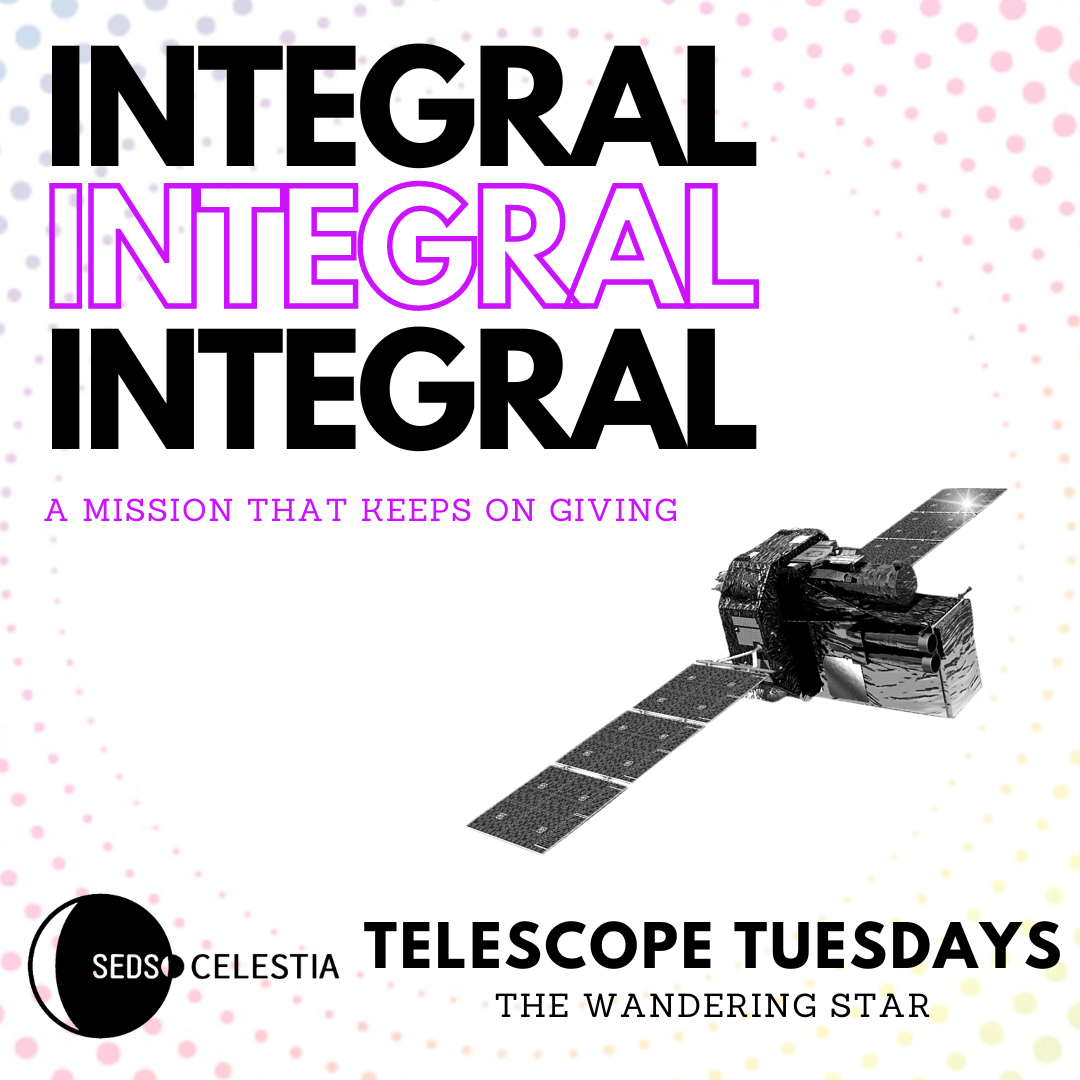 The INTEGRAL space observatory is dedicated to fine spectroscopy and fine imaging of celestial gamma-ray sources in the energy range 15 keV to 10 MeV with concurrent source monitoring in the X-ray and optical (V-band) energy ranges. Gamma-ray astronomy looks at the most energetic phenomena and addresses particular fundamental physics and astrophysics problems. The scientific goals of INTEGRAL will be attained by fine spectroscopy with imaging and accurate positioning of celestial sources of gamma-ray vision. INTEGRAL is the first of its kind. Its principal targets are gamma-ray bursts, powerful phenomena such as supernova explosions and regions in the universe thought to contain black holes. Gamma rays do not pass through the Earth’s atmosphere and can only be detected from above the atmosphere. INTEGRAL is the most potent gamma-ray observatory launched and can detect radiation from events far away and processes that shape the Universe. It studies explosions, radiation, formation of elements, black holes and other exotic objects and contributes to multi-messenger astronomy, detecting gamma rays from the first merger of 2 neutron stars observed in gravitational waves and from a fast radio burst.

INTEGRAL stands 5 m high and weighs more than 4 tonnes in weight. It has two main parts: the service module and the payload module. 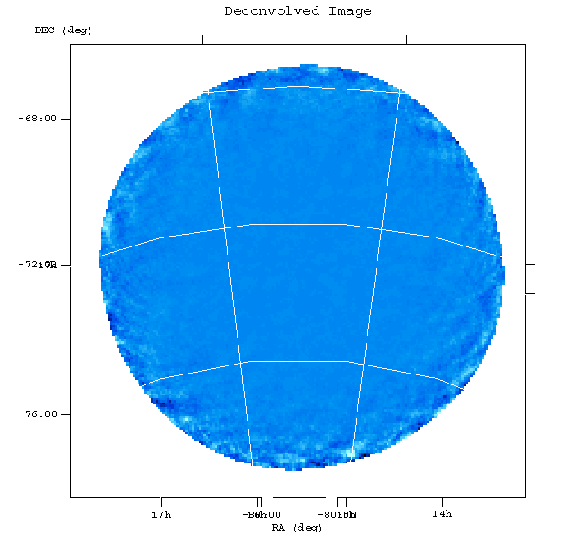 First deconvolved image from JEM-X.
Since the pointing was done on a practically empty field, with just a few very weak sources, no sources are detected in the ~ 2000 sec exposure. 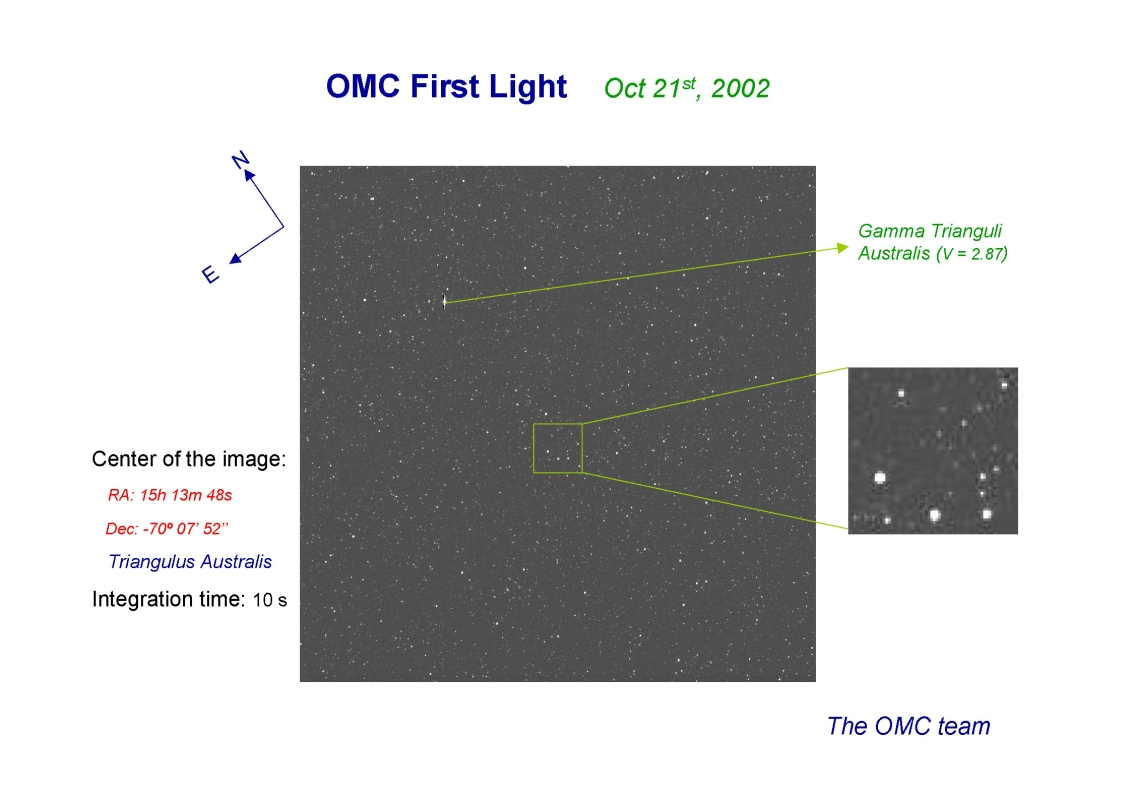 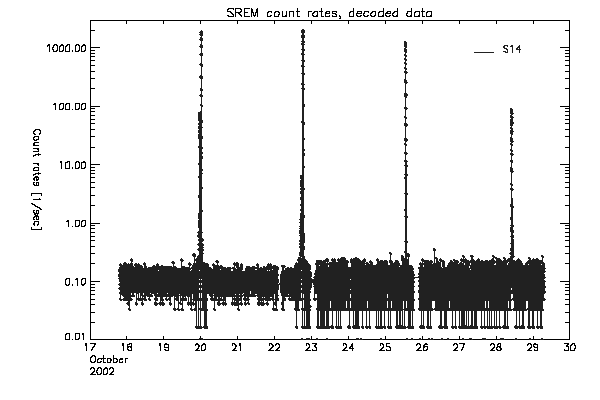 INTEGRAL orbits the Earth in a 3-day elliptical orbit. It is placed at an altitude higher than 60,000 km to avoid the effects of background radiation. The lowest point is 9000 km, and the highest is 153000 km. The high and unusual orbit ensures extended periods of continuous observation with background radiation that is almost constant and free of radiation trapped in Earth’s proton and electron belts. The 72-hour-long orbital period guarantees optimal coverage pattern from the ground stations. This allows for repeated working shifts on the ground as the coverage is constant for INTEGRAL’s orbit for all revolutions. 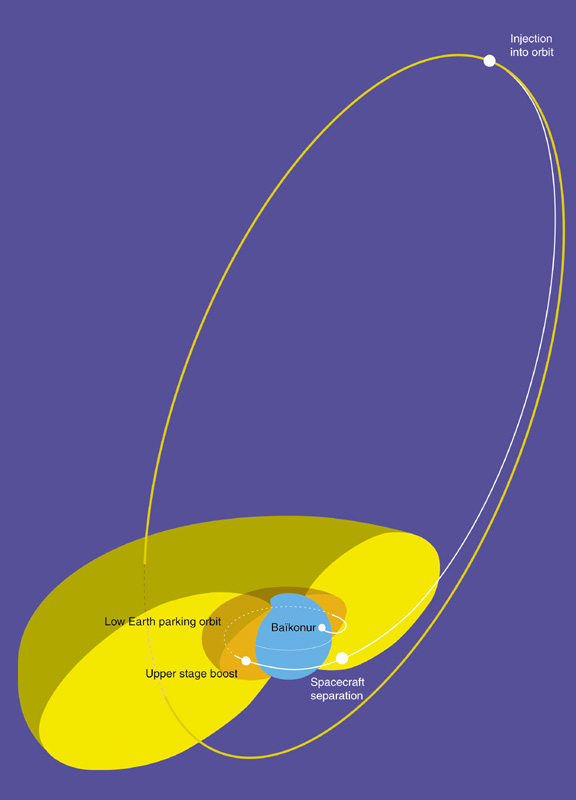 INTEGRAL is meant to help discover more about the element-making process during the death of a star. The events that made the universe habitable were cataclysmic. Violent stellar explosions were the source of the energy that was required to form elements that created planets and living beings. Gamma rays from these explosions are recorded by INTEGRAL. Intense gamma rays from the black hole at the centre of the milky way galaxy are registered, and results from INTEGRAL may help understand this object’s nature. Gamma rays are also observed when matter squirms in the powerful gravity of a collapsed and very dense remnant of a star after a supernova explosion. Studying black holes or neutron stars, or other compact objects. INTEGRAL may also find evidence of bigger specimens of dense objects such as giant black holes and allow detailed studies of the physical properties of such things.

So far, INTEGRAL has mapped the sky in the 511 keV emission line from the electron-positron annihilation and found that the emission is concentrated in the centre of the milky way. It has also found a faint population of gamma-ray bursts concentrated toward nearby superclusters. It has also found what seems to be a new class of astronomical objects. These are binary systems with the possibility of including a black hole or neutron star embedded within a cocoon of cold gas. On analysis, it was observed that this was a binary system with a compact object and a ginormous companion star, and the cocooning material is probably stellar wind (gas ejected by the companion star). This object was then named IGRJ16318-4848 and was discovered on 29th January 2003. INTEGRAL is also credited with the discoveries of X-ray binaries, active galactic nuclei, cosmic x-ray backgrounds, and gamma-ray bursts. It has also detected polarised emissions in 3 sources observed by INTEGRAL.

The INTEGRAL space telescope was initially supposed to be a 5-year mission that got extended and has now been running for almost 20 years. In July 2020, the mission faced a setback that nearly caused the ESA to lose the space telescope. The failure of a minor, significant part of the telescope caused it to spin out of control and prevented the solar panels from generating power. The Emergency Safe Attitude Mode had been activated but proved ineffective due to a failure in the thrusters. The team could reactivate the malfunctioning wheel, but the spacecraft did not regain its balance and kept wobbling about its axis. They initially gained control for a bit after turning off noncritical components and sending commands to the reaction wheels so they would stop spinning. But, they lost control again, presumably due to the Earth blocking the INTEGRAL’s view of the stars it uses to orient itself. Corrective actions were repeated, and the spin was repaired again. The spacecraft is back in orbit and has outlived its initial runtime by over a decade. It is “living long and prospering” and will continue to help unravel some of the mysteries of the universe.