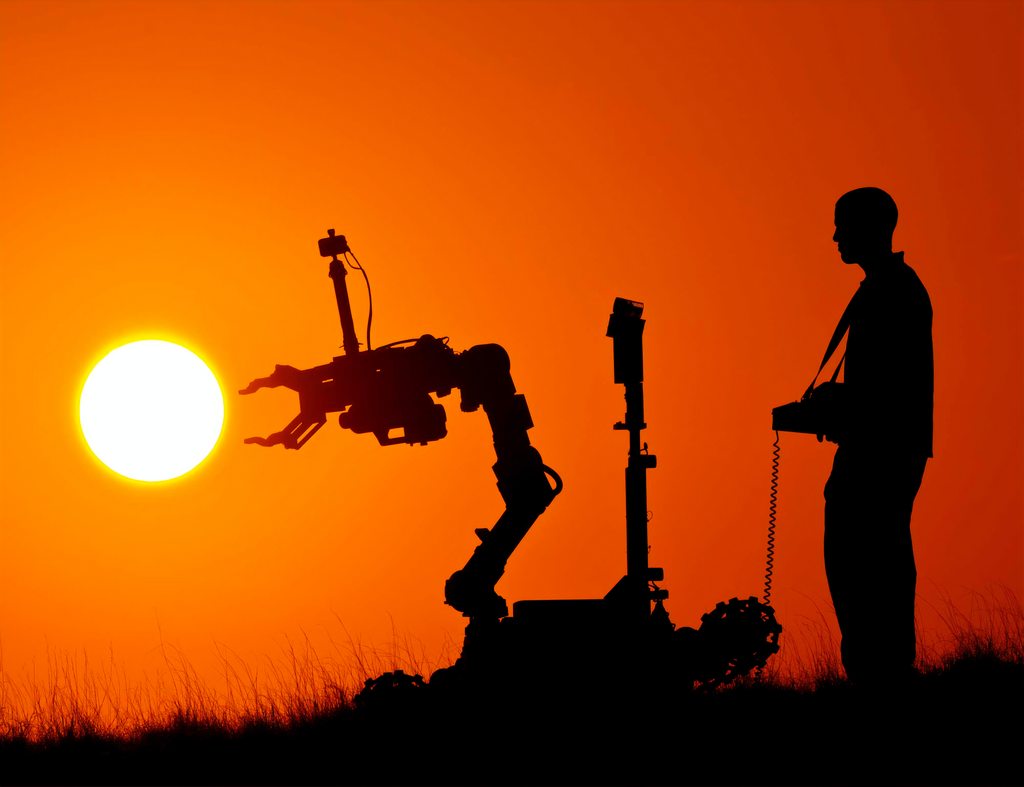 ←
PREVIOUS
What is an Exoplanet?

Robots Vs Humans For Space Exploration 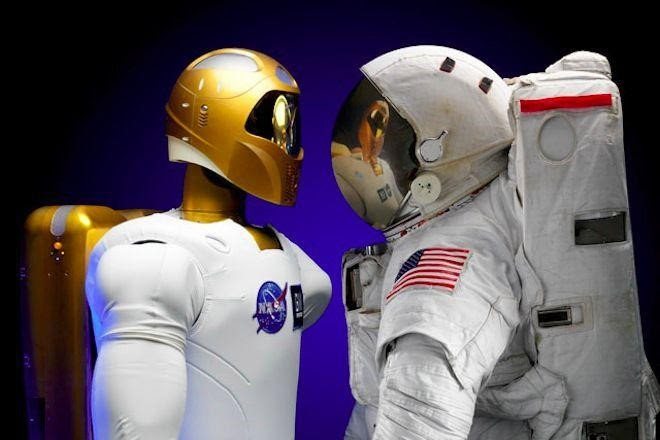 “The Earth is the cradle of humanity, but mankind cannot stay in the cradle forever.”

Since the beginning of time, man has been fascinated with the stars and the sky. More and more people are coming up with new ways on how to study the universe. Hence, the more time spent studying space, the more that we will know. Space exploration has allowed us to expand our technology, foster curiosity in humans, discover new worlds, and most importantly push even further to find life on a new planet. Historically, space exploration leaped when the man reached the moon, and it was followed by numerous crewed space missions. On 20 November 1998 history was created when the International Space Station (ISS) launched. From that day forward, ISS has helped immensely in developing our current knowledge of space. Most astronomers will tell you that virtually anything a human can do on another planet, a robot can do, only cheaper and without the risk of losing a life, so lately there has been increased support for sending exclusive robots in space. 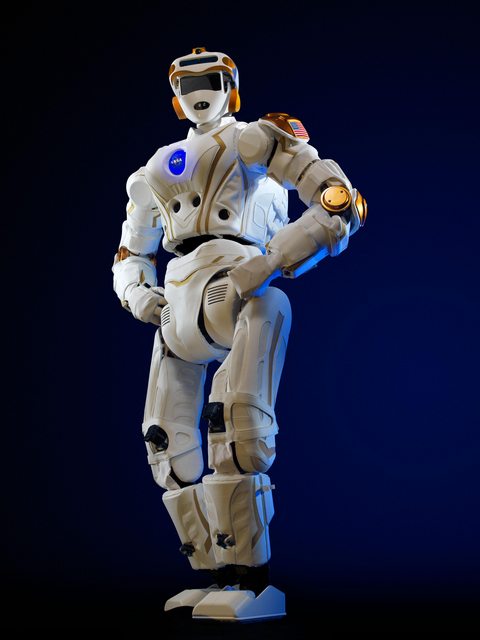 Robots are critical for expanding humanity off-planet. They help not just with exploring distant parts of the universe, but also with advancing our economic activity into Earth orbit. A significant advantage of space robots is that they need neither food nor drink and can support very inhospitable conditions. More important still, although expensive to design and produce, their loss is always preferable to that of an astronaut. Sending a robot to space is much cheaper as compared to sending a human. Robots can also do things that would be too risky or impossible for astronauts. They can tirelessly do the same work with accuracy up to nanometers, which is not possible for a human to do in harsh conditions.

Human spaceflight is extremely expensive. A single flight of the space shuttle costs about $450 million (approx). The shuttle’s cargo bay can carry up to 23,000 kilograms of payload into orbit and can return 14,500 kilograms to Earth. Suppose that if we loaded up the shuttle’s cargo bay with confetti before launching it into space. Even if every kilogram of confetti miraculously turned into a kilogram of gold during the trip, the mission would still lose $80 million (approx). But comparatively, sending a robot in space is way less cheap, and it can function for increased amounts of time as compared to humans. With robots, there is an added benefit of not worrying about the return trip and extra supplies. NASA’s Discovery program has encouraged the design of compact, cost-effective probes that can make precise measurements and transmit high-quality images. Mars Pathfinder, for example, returned a treasure trove of data and pictures for only $265 million.

Till now the crewed space missions have primarily been concentrated to the moon and Earth’s orbit. For humans to reach further is a very challenging task both in terms of present technology and economically. The most optimistic estimates for a crewed mission to the red planet, range in tens of billions of dollars and could even range up to $1 trillion. In comparison, we have already sent three rovers to Mars including the Pathfinder, traveled to Jupiter and its moons with the help of Galileo spacecraft, and seen hints of a liquid ocean on Europa. In 2004 Cassini probe reached Saturn and the Hubble Space Telescope continually gives us much information about deep space. In past decades, rovers, landers, and orbiters have visited the moon, asteroids, comets, every planet in the solar system, and many of their moons as well. Robotic spacecraft still need human direction, of course, from scientists and engineers in control rooms on Earth. 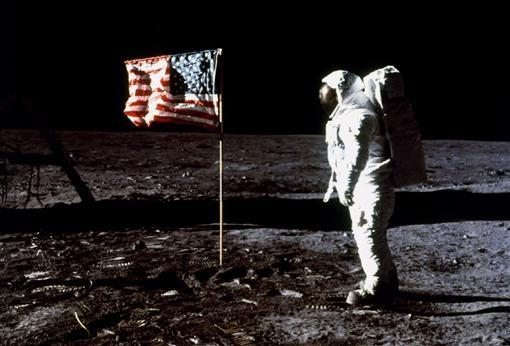 Humans hold several advantages over robots. They can make quick decisions in response to changing conditions or discoveries, rather than waiting for time-delayed instructions from Earth. They are more mobile than current robot explorers: The Apollo 17 astronauts covered more than 22 miles in three days, a distance that has taken the Mars Opportunity rover eight years to match. Humans can drill for samples deep underground and deploy large-scale geologic instruments, something that no rover has achieved on another body.

Human capability is required in space to install and maintain complex scientific instruments and to conduct field exploration. These tasks take advantage of human flexibility, experience, and judgment. They demand skills that are unlikely to be automated within the foreseeable future. A program of purely robotic exploration is inadequate in addressing the critical scientific issues that make the planets worthy of detailed study. 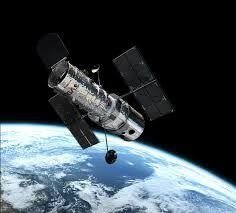 Many of the scientific instruments sent into space require careful emplacement and alignment to work correctly. Astronauts have successfully deployed devices in Earth orbit—for example, the Hubble Space Telescope—and on the surface of Earth’s moon. In the case of the space telescope, the repair of the initially flawed instrument and its continued maintenance have been ably accomplished by space shuttle crews on servicing missions. From 1969 to 1972 the Apollo astronauts carefully set up and aligned a variety of experiments on the lunar surface, which provided scientists with a detailed picture of the moon’s interior by measuring seismic activity and heat flow. These experiments operated flawlessly for eight years until shut down in 1977 for financial rather than technical reasons.

In terms of sheer scientific output, crewed exploration of outer space has a good track record. More than 2,000 papers have been published over the last four decades using data collected during the Apollo missions, and the rate of new articles is still rising. In comparison, the Soviet robotic Luna explorers and NASA’s Mars Exploration rover program – Mars Pathfinder, Spirit, and Opportunity – have each generated around 400 publications. Also, during the Apollo missions, the geologically trained astronauts were able to select the most representative samples of a given locality and to recognize unusual or exotic rocks, and act on such discoveries. In contrast, the Luna samples were scooped up indiscriminately by the robotic probes. We understand the geologic makeup and structure of each Apollo site in much greater detail than those of the Luna sites.

Some suggested solutions to this problem are making more telepresence robots and giving exclusive control to humans. But a significant challenge for this is the time latency. There is a time latency of 10 minutes between the Earth and Mars, making true telepresence very difficult. Also, no real-time imaging system developed to date can match human vision, which provides 20 times more resolution than a video screen.

Header Image Credits: Photo by Science in HD on Unsplash