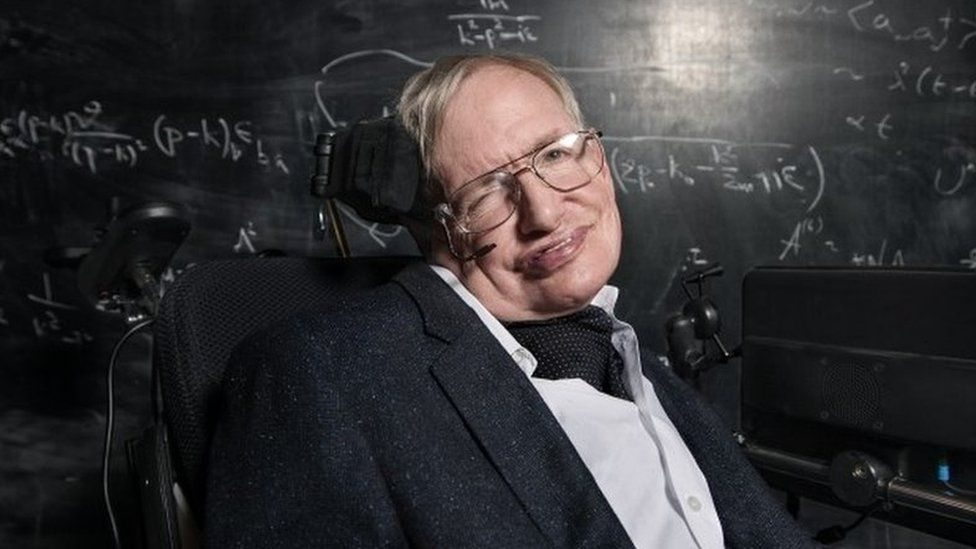 Stephen Hawking - The Man Who Pushed the Boundaries of Knowledge

“I’m not afraid of death, but I’m in no hurry to die. I have so much I want to do first.”
– Stephen Hawking.

Most of you are aware that our beloved theoretical physicist and cosmologist Stephen Hawking passed away on 14 March. His discoveries are his legacy and we present one of them to you. This one is about Hawking Radiation – Hawking’s most famous discovery.

Now, our perception of a black hole was sort of straightforward before i.e. ‘a region in space from which nothing, not even light, can escape’. So a black hole is a literal hole in the universe, existing forever, only growing and never shrinking.

Or we thought so, until Hawking came along and published a research paper in Journal ‘Nature’ titled ‘Black Hole Explosions’ suggesting that even black holes emit radiation. This radiation has been termed as ‘Hawking Radiation’. The question now arises that if Light cant escape the gravitational pull of a black hole and nothing travels faster than the speed of light, how is this ‘so called radiation’ escaping the clutches? The simplest explanation for the same is as follows

Quantum field theory suggests that Space, as we see it, is filled with quantum fields. They oscillate with different frequencies much like the oscillations on a guitar string. A particle is like a node on the string. But there are underlying vibration modes present even without a particle. They fluctuate in energy due to quantum uncertainty and those fluctuations give us what we think of as ‘Virtual Particles’. In space random pairs of matter and antimatter spontaneously appear and then annihilate each other, briefly borrowing energy from the vacuum itself. But near a black hole, it just so might happen that one out that pair enters the event horizon leaving the other free to escape, taking a little energy with it. This particle is what makes up Hawking Radiation. That energy can’t come from nothing so that black hole pays the debt by losing that much energy and gradually losing all of it and eventually ‘dying’. We still haven’t physically encountered this radiation but the physics checks out so were almost sure that it exists. And if It does it might even get a posthumous Nobel Prize to Hawking.

Stephen’s expectation from life when he was diagnosed with ALS dropped to zero. He said everything that had happened since is a Bonus. And what a bonus – for Physics, for the millions enlightened by his books and for the even larger number inspired by his achievements against all odds.

And I’d like to end this blog with another one of his quotes, “My goal is simple. It is a complete understanding of the universe, why it is as it is and why it exists at all.”

So here we bid adieu to the man who inspired us all as he leaves us for his infinite journey through the cosmos.