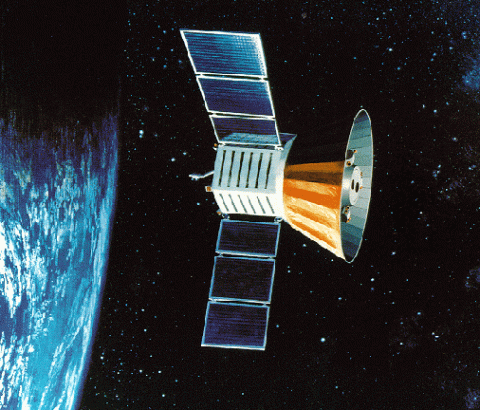 Somewhere, something incredible is waiting to be known. 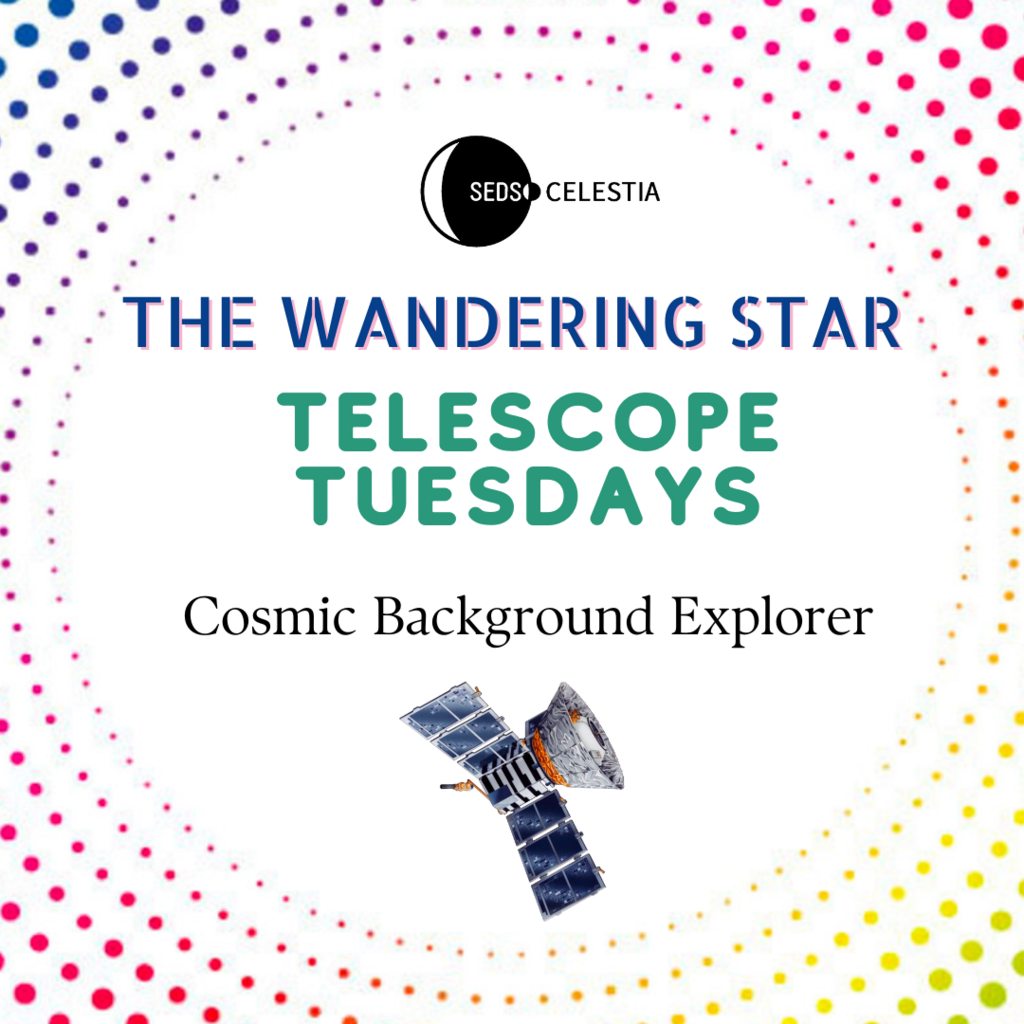 Space exploration has sparked widespread human curiosity ever since its origins. We have used a variety of means to achieve the knowledge that we seek about celestial bodies that surround us. One such means was a satellite called the Cosmic Background Explorer (COBE) or Explorer 66. It was operated by NASA between 1989 and 1993 with the objective of investigating Cosmic Microwave Background (CMB) radiation of the universe and detecting patterns that could help us expand our understanding of the cosmos. 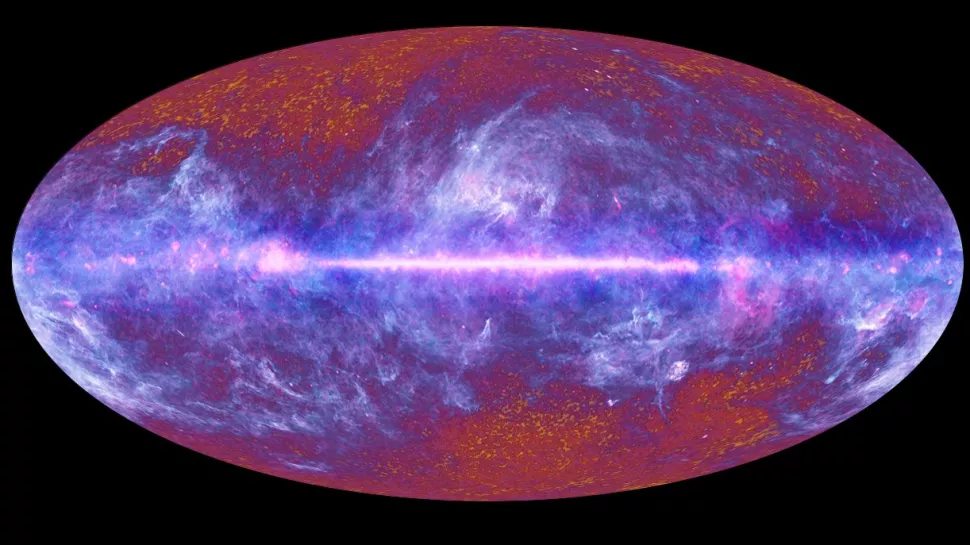 This all-sky image of the cosmic microwave background, created from data collected by the European Space Agency’s Planck satellite’s first all-sky survey, shows echoes of the Big Bang left over from the dawn of the universe
Image credit: ESA/LFI & HFI Consortia

What is CMB radiation?

CMB radiation is the remnant of the Big Bang left over from the dawn of the universe. According to this theory, when the universe was born, it went through rapid inflation before expanding and cooling off. The heat left behind after these changes is represented by the CMB radiation. Dating back to almost 400,000 years after the Big Bang and the time when the universe was opaque to radiation, it is considered to be the oldest known cosmic radiation. It is most visible in the microwave part of the electromagnetic spectrum. The subtle temperature differences we see are linked to the density variations of the early universe. These are also the same variations that are believed to have birthed colorful nebulae, clusters of galaxies and even void spaces that make up our understanding of the night sky.

Interestingly, CMB was first discovered by accident in 1965 by Arno Penzias and Robert Wilson even after being predicted by Ralph Apher in 1948! It was detected as a uniform noise from a radio receiver being developed in Bell Telephone Laboratories. Penzias and Wilson later went on to win the Nobel Prize in Physics in 1978. 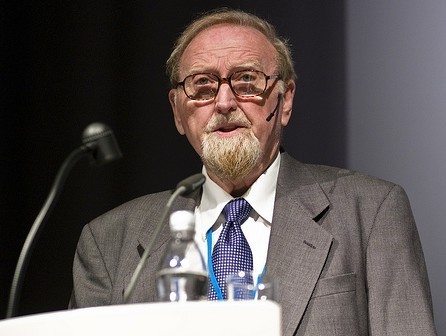 How did COBE help us map the CMB radiation?

Launched on November 18, 1989 from Vanderberg Air Force Base, California after years of planning, modeling and engineering, COBE was designed to take accurate readings of and map the diffuse radiation between 1 micrometer and 1 cm spanning the entire celestial surface. The following quantities were accurately measured: 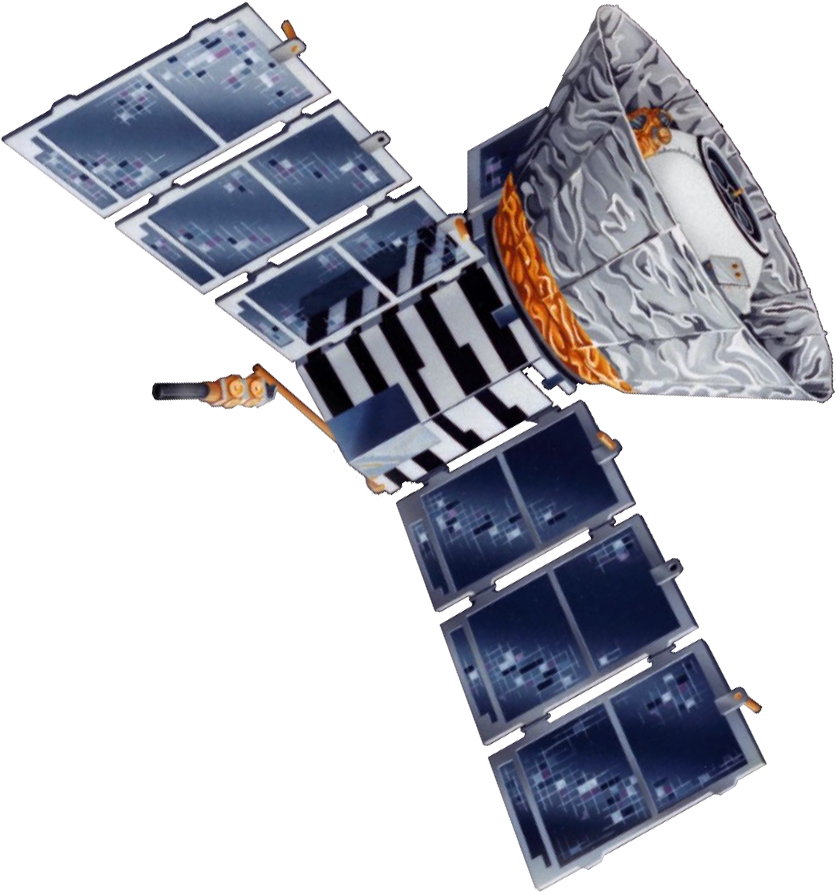 Instruments in the payload

The role of this instrument was to measure the CMB radiation quantitatively with utmost precision and accuracy. It was a symmetrical polarizing interferometric spectrometer (a device that splits a single beam into two) and was kept open to space and cooled by liquid Helium to avoid self interference. This resulted in an emission at a much lower intensity than the existing CMB radiation. 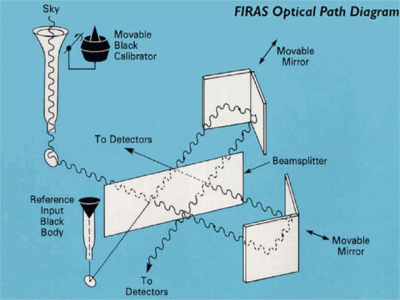 This was the primary instrument responsible for mapping the CMBR. It was used to test the theories about CMBR, like the probability of it being equally distributed while possessing slight directional differences. It could measure three distinct frequencies of 31.4 Hz, 53 Hz, and 90 Hz. Maps were produced from millions of measurements of the differences in intensities. 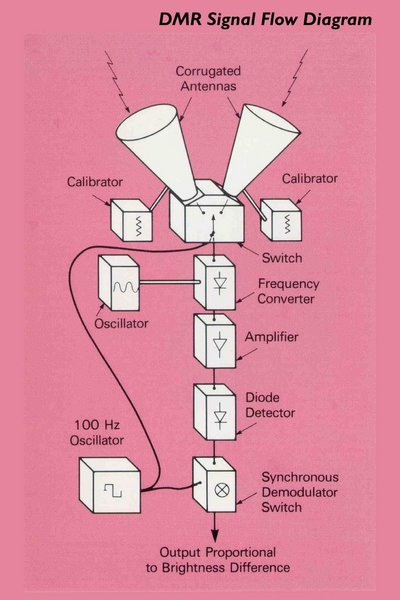 DIBRE was used to survey diffuse infrared sky measurements and submillimeter background light from the first generation galaxies and stars. It was predicted that this diffuse background was emitted in the early universe by objects which are very faint to be visible to the naked eye. It was modeled to reject most of the stray light entering it and hence had a particularly small aperture. 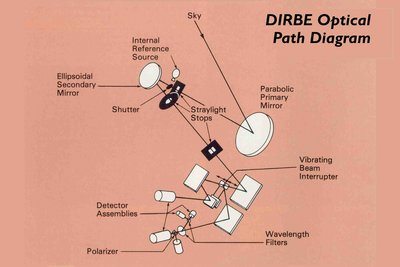 The instrument operations came to a successful end on December 23rd, 1993. COBE provided strong evidence supporting the Big Bang theory’s main aspects: CMB is a near perfect black body spectrum and that it has subtle anisotropies. It mapped the oldest form of radiation in our universe and revolutionized our knowledge of space with its discoveries and paved the way to deeper exploration by WMAP and the Planck mission.

George Smoot and John Manther, the principal investigators of COBE, received the Nobel Prize in Physics in 2006 for their efforts. With its extraordinary results, COBE marked the commencement of cosmology as a precision science and contributed immensely to the studies of spectrum and relics of radiation that linger around long after the Big Bang. 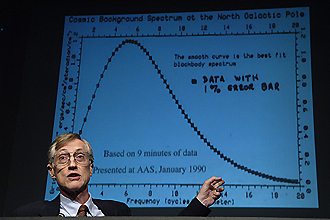