←
PREVIOUS
Why we don’t have a moon base, and other future predictions

Cosmic ray accelerator through the eye of Multi Messenger Astrophysics

The main idea of Multi-messenger astronomy is to search for sources of cosmic rays by observing high energy gamma rays and neutrinos from a region of the sky/universe where protons are accelerated to high energies. Astrophysical Multimessenger Observatory network is one such network making MultiMessenger astrophysics possible.

Chargeless, weakly-interacting and low mass neutrinos are the ideal astronomical messengers of powerful sources like cosmic ray accelerators, sun and supernovae.They are not deflected, scattered, absorbed by galactic and extra-galactic magnetic fields, radiation fields and dust. But this nature of the interaction of neutrinos make them difficult to bobserved. It was found that to detect one neutrino of PeV energy per year requires 1sq.km size neutrino observatory, which is the design principle of IceCube 1 . As the neutrino flux spectrum falls off according to a power law with spectral index ’2’ for cosmogenic neutrinos and ’3’ for atmospheric neutrinos, one can observe the high energy extragalactic astrophysical neutrinos.

We believe in the rationale that the gravitational energy released near neutron stars and BH (black holes), power the acceleration of protons through shock wave or Fermi first order acceleration. This acceleration subsequently produces high energy neutrinos through various interactions at various epochs like: in their source during acceleration (jet active AGN), in the source environment after the release and while propagating through universal background radiation (EBL). 2

In Astroparticle physics, especially in research areas of neutrino producing sites- blazars, we work in the framework of photo-hadronic one zone emission model (proton-gamma interaction). We also make the following assumptions that neutrinos have zero rest mass (which can be justified on the basis of energy scales involved in our studies) and that cosmic rays mainly consists of protons. So far, we have only observed a diffused flux of neutrinos rather than a point source at IceCube. In interactions of cosmic ray protons with the background radiation, further secondary particles like pionic photons, electron & muon neutrinos, and matter and anti-matter pairs are produced. Take note that IceCube does not differentiate between anti-neutrinos and neutrinos. After neutrino oscillations, the averaged composition of neutrino flavor observed at the detector in terms of νe: νμ: ντ is 1:1:1, instead of 1:2:0 as they are when produced. 3 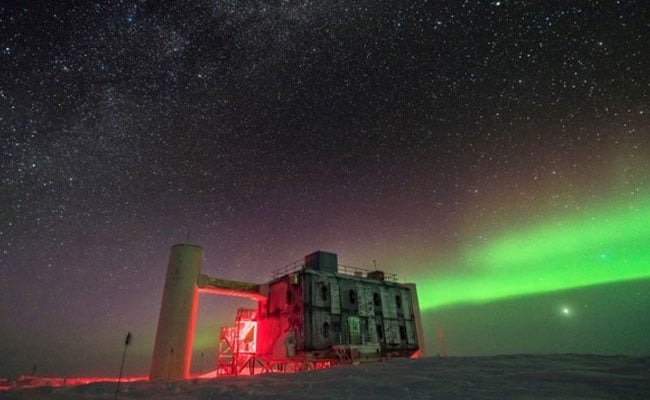 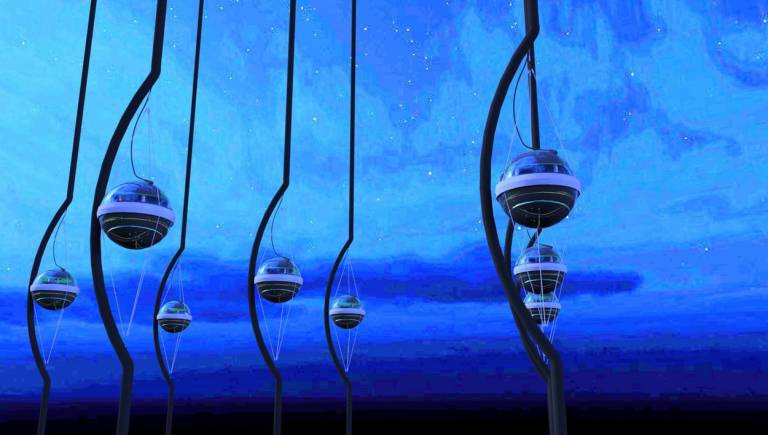 These high energy neutrinos interact via Charged current(CC) and Neutral Current(NC) interactions to produce further secondary charged particles which travel faster than light in that medium to produce Cherenkov radiation. These secondary charged particles are observed in DOMs of IceCube in either, ’tracks’ or ’cascades’ type of event, based on type of neutrino. Based on the collected data through PMTs, one can reconstruct the energy, flavor, and direction of the incident neutrino. 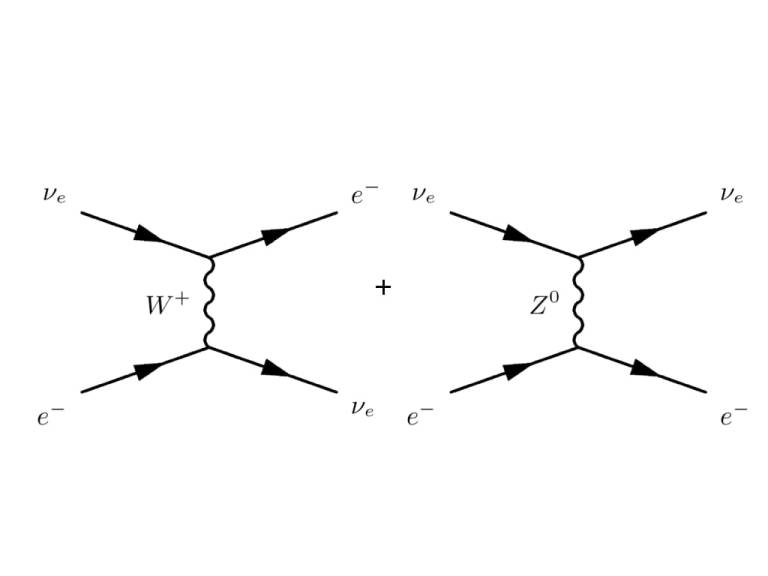 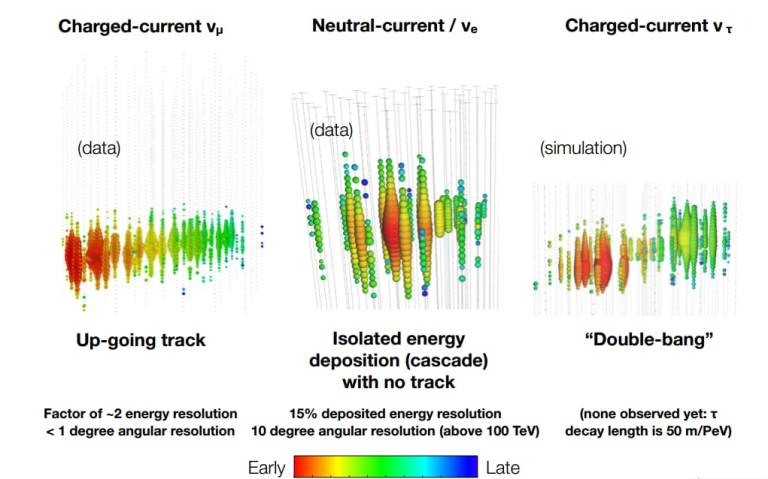 Active Galactic Nuclei (AGN) has been considered as the source population of the observed high energy cosmic rays at Earth. They follow Hillas Criteria : E max ≤ ZecBR, where R is the gyro-radius. They also satisfy the energetically requirements to accelerate the particles like electrons, protons and other heavy nuclei to such high energies. These particles may have been produced in generic fireballs and supernova too but our focus will be mainly on the regions in jets of AGN.

Blazars are extremely compact AGN with jet directly pointing in the direction of Earth. They are the brightest sources of high energy gamma rays and also can be the source of high energy diffuse flux high energy astrophysical neutrinos observed at IceCube. These usually have a double hump structure in the gamma-ray spectrum due to synchrotron and inverse Compton scattering. Blobs are huge structures in the jets of AGN where the acceleration of protons and production of neutrinos can happen. Protons can interact with the following to produce high energy neutrinos : 4 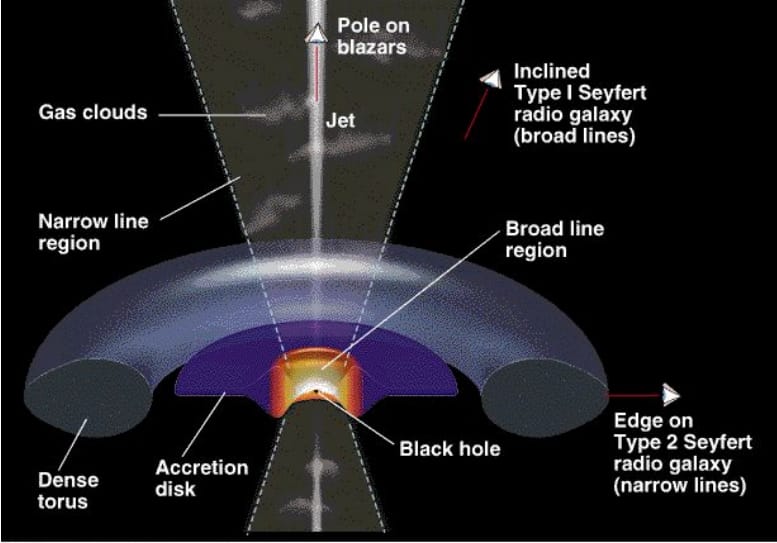 In 2017, an IceCube event, ‘IC172209A’, a high energy neutrino had been detected to be in containment region of BL Lac object TXS0506+056 Blazar. During the same time a rise in the flux of spectrum of gamma rays was observed from the same region, opening to a new era of multi-messenger astrophysics. Motivated by this, IceCube conducted a search in its archival data to find a high flux during the period of 110 days from Sept to Dec 2014 . 5

Usually, the environment of jetted active AGN, mainly jet power and target photon field spectrum are constrained by first reconstructing a minimum target photon field required to produce observed neutrino spectrum computationally and then by comparing the comprehensive study of cascade spectrum emerging from the source with the MWL(Multi wavelength) data. During the 110 day flare period in 2014 physicists used Quasi-simultaneous MWL data in Optical g and V band, X-rays and Gamma-ray spectrum from ASAS-SN, BAT, and Fermi-LAT respectively.

After doing the above analysis, physicists have come to the conclusion that neutrinos and bulk of gamma rays observed from the direction of TXS0506+056 cannot have been initiated by the same process and may not be from the region of AGN. Physicists hypothesize that maybe co-acceleration of electrons and protons can be expected to provide a causal connection between photon and neutrino production. It is observed that the same target photon field for an efficient neutrino production is opaque to high energy GeV gamma-ray photons. It is also observed that gamma-ray flux strictly associated with neutrino flare lies significantly below the GeV-flux detected contemporaneously to the neutrino flare in 2014. 6 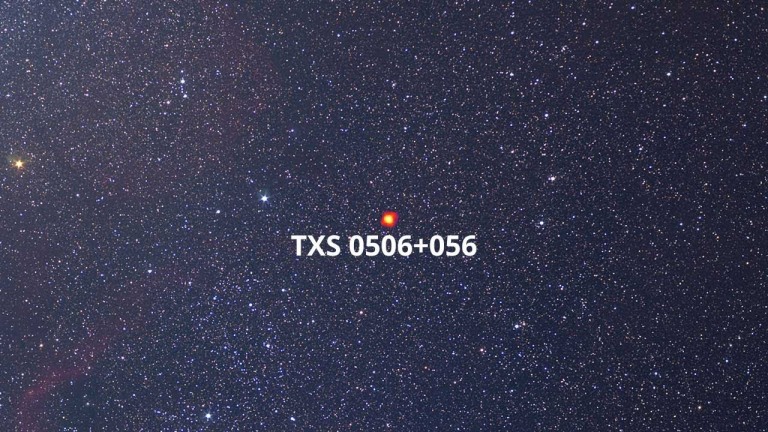 BL Lac type Blazar, off the left shoulder of the Orion
Source: Fermi-LAT

The main problems in concluding an exact source and its mechanism as the origin of cosmic rays are the absence of real-time Multi-messenger data and point sources. But recently a network called AMON has been set up to achieve this goal. In addition, for the first time IceCube might have found a point source instead of a diffuse flux of particles, which will be released soon!