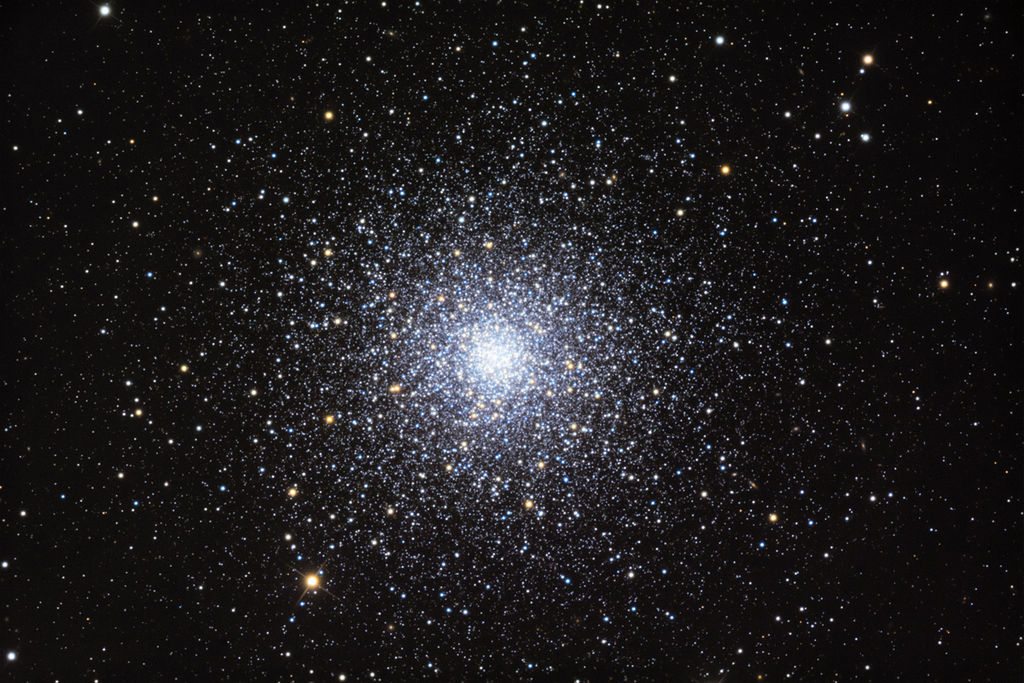 Messier M3 is a globular cluster of stars in the constellation Canes Venatici, the Hunting Dogs. Messier 3 is one of the brightest, largest globular clusters in the sky, and is famous for its unusually large variable star population. It has an apparent magnitude of 6.2 and is approximately 33,900 light-years distant from Earth. It has the designation NGC 5272 in the New General Catalogue. It was the first Messier object to be discovered by Charles Messier himself, who originally mistook it for a nebula without stars.

Messier 3 is one of the most popular targets among amateur astronomers. M3 has an apparent magnitude of 6.2, making it difficult (but not impossible) to see it without binoculars even in good viewing conditions. However, the cluster appears fully defined in a moderately sized telescope. A 4-inch telescope will reveal the bright core without resolving individual stars, whereas a 6-inch instrument will resolve some of the outer stars. The central region of M3 can only be resolved into stars by larger instruments, starting with telescopes with a 12-inch aperture.

M3 was discovered on May 3, 1764, and was the first Messier object to be observed by Charles Messier himself, although he took it to be a starless nebula. This was corrected after the stars residing in the cluster were resolved by William Herschel around 1784. Since then, it has become one of the best-studied globular clusters, owing to its huge variable star population. 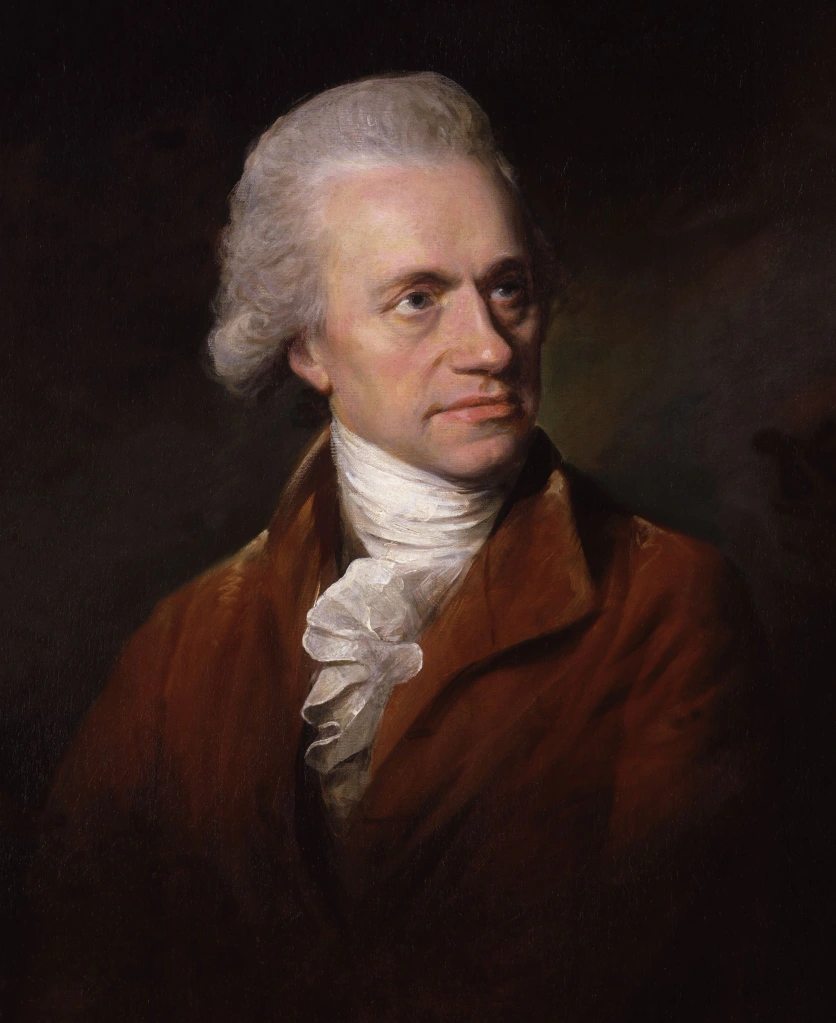 M3 is one of the largest and brightest star clusters there are, being made up of around 500,000 stars. It is estimated to be 11.4 billion years old and is located at a distance of 33,900 light-years from earth.

It contains mostly old, red stars, a large number of variable stars, and a number of blue stragglers – blue main-sequence stars that appear to be young and are bluer and more luminous than other stars in the cluster. These stars are now believed to form as a result of stellar interactions.

M3 is a fascinating object, and is one of the most notable ones as well, allowing astronomers to further discover more objects in our sky and study them using the variable stars found in M3. 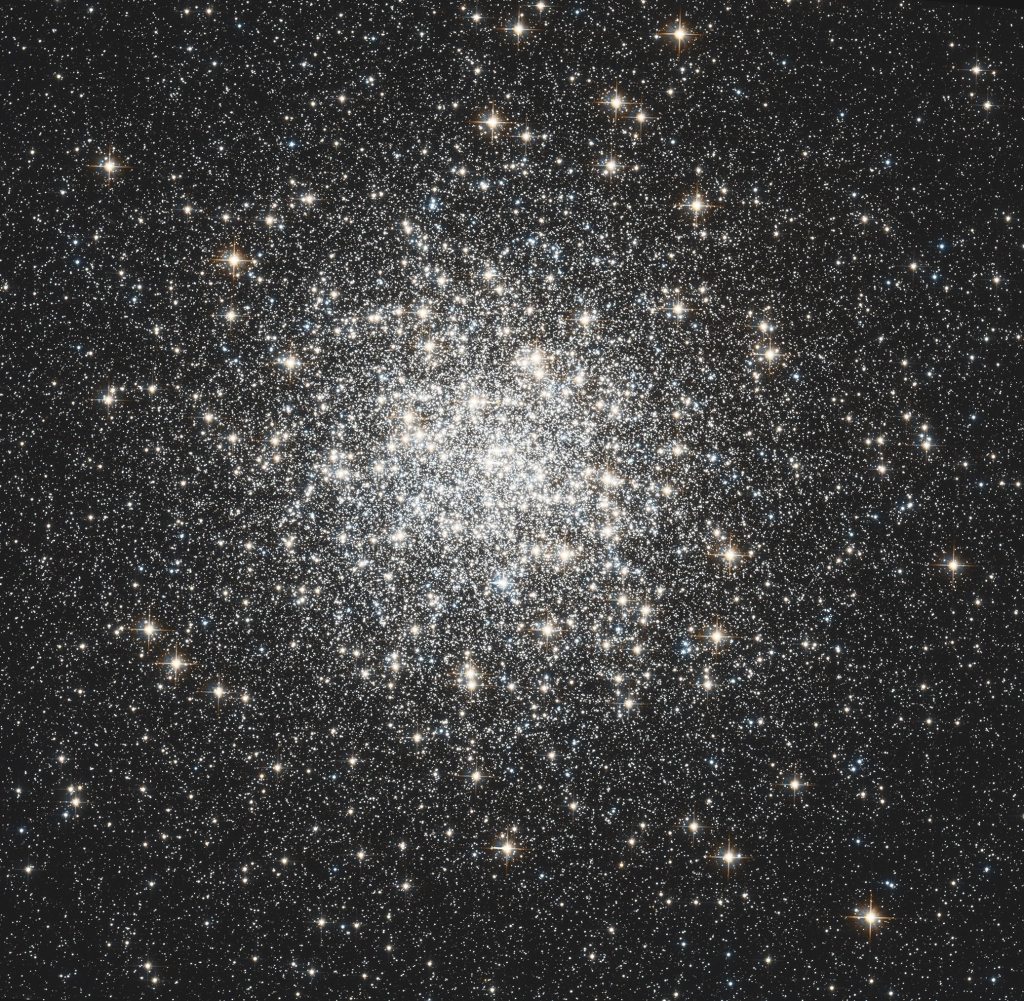 Credits: NASA, ESA, STScI and A. Sarajedini (University of Florida)