The Owl Nebula, also known as Messier 97 (M97), is a planetary nebula located in Ursa Major. The nebula lies at an approximate distance of 2,030 light years from Earth. It is known for its distinctive shape, resembling a pair of owl-like eyes, that can be seen in larger telescopes. Learn more about it in this interesting article by our club member Gayatri.

Just below the bowl of the Big Dipper in the constellation Ursa Major, lies the celestial body Messier 97, commonly known as the Owl Nebula. It is a planetary nebula named for the two dark regions within it giving it the appearance of an owl’s head with large eyes. 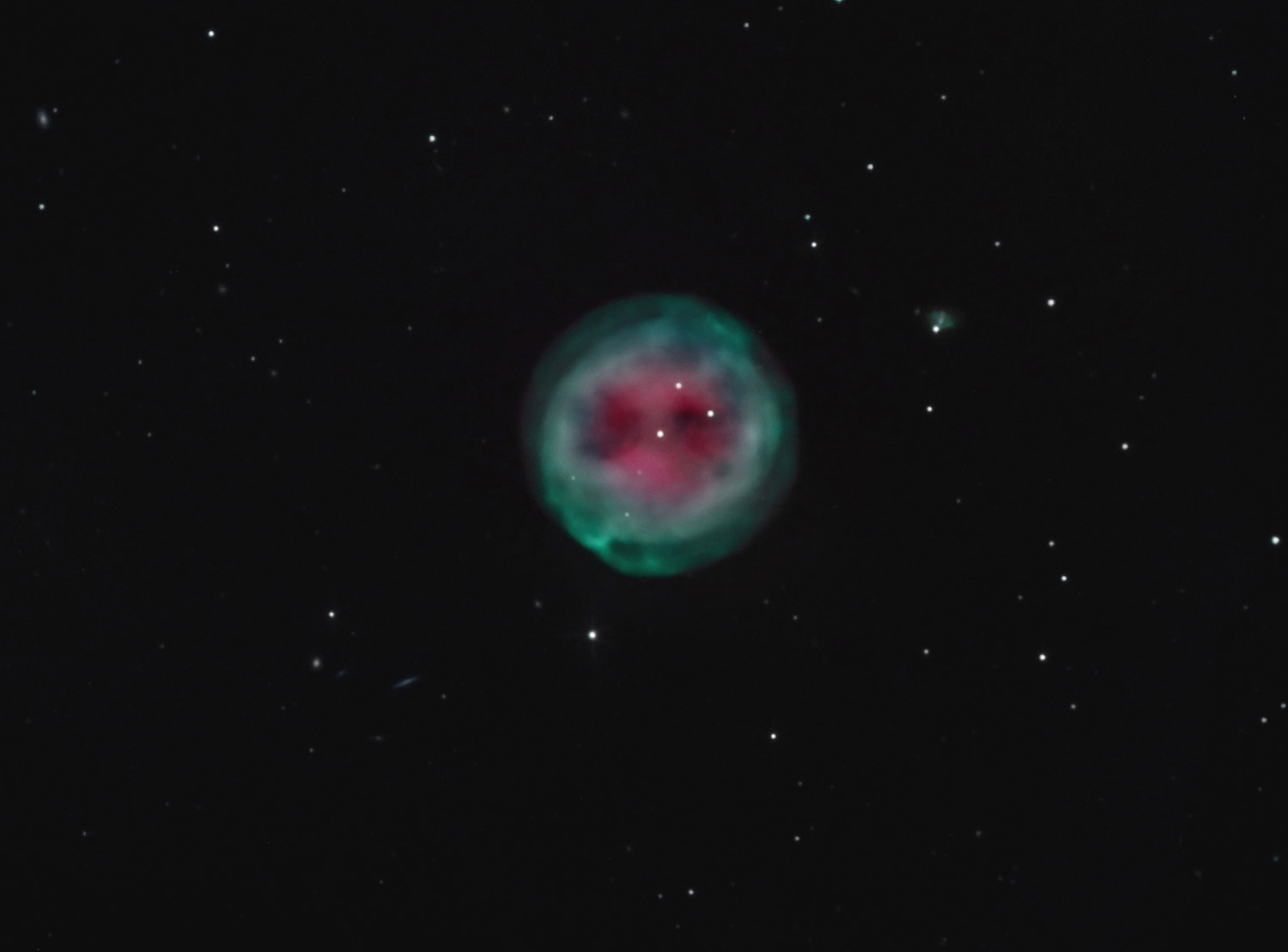 The Owl Nebula is located around 2030 light years away from Earth, with an apparent magnitude of +9.9. It can be viewed in its full glory through a telescope with an aperture of 10 inches or more, during spring in the northern hemisphere. It has a spatial diameter of about 1.82 light years and is around 8000 years old.

This nebula was discovered by the French astronomer Pierre Méchain on February 16, 1781, noting that it was faint and difficult to see. Soon after, Charles Messier observed the nebula and added it to his catalogue as M97. In 1837, Admiral William Henry Smyth first classified it as a planetary nebula. Lord Rosse first sketched the nebula with a resemblance to an owl in 1848, causing it to be named as such. He noted the presence of sparkling stars with dark penumbra around spiral arrangements, calling the nebula resolvable. Original drawing of the Owl Nebula

The Owl Nebula is believed to have formed during the death of a G-type main sequence star, as it collapsed from a red giant to a white dwarf, ejecting material into the surrounding interstellar medium. It is composed of around 0.13 solar masses of matter, including the elements oxygen, hydrogen, helium, sulphur, and nitrogen. Its structure consists of 3 concentric shells arranged around the white dwarf star, the innermost of which is barrel shaped. The outflow of jets of stellar wind from the central star along with this is likely the cause for the special owl-like appearance of the nebula.

The nebula lies 2.5 degrees southeast of Merak, which is the star at one of the corners of the Big Dipper’s bowl. It has been found to be much brighter visually than photographically, emitting much of its light in a green spectral line. It is one of only 4 planetary nebulae in Messier’s catalogue of celestial bodies, and is designated as NGC 3587 in the New General Catalogue. The Owl Nebula bears a striking likeness to another planetary nebula in the constellation Hydra, known as the Southern Owl Nebula.