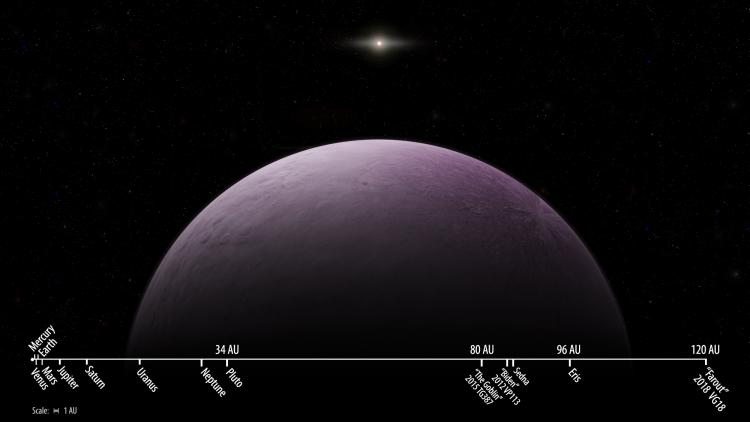 The dwarf planets, nicknamed The Goblin and Farout, which are located way beyond Pluto, also hint towards the presence of a far larger body lurking in the depths on the Kuiper belt. Scientists suspect that this large body might be planet X, an elusive and mysterious planet that is thought to exist because it’s presence explains several anomalies in the Solar System.

2015TG387, more commonly called the Goblin, is a dwarf planet located in the outer Solar System, in the Oort cloud. It’s presence was proposed in 2015 and confirmed recently, on the 2nd of October this year. It’s discovery around Hallowe’en led to its eccentric nickname, and also to the inclusion of the letters ‘TG’ in its official name.

Scott Sheppard at Carnegie Institution for Science, Chad Trujillo at Northern Arizona University and David Tholen at the University of Hawaii announced the finding on October 2, 2018. They found it during an intensive search for Planet X, a search these astronomers said was “the deepest and most comprehensive survey of its kind so far”.

The planet is what scientists call an Inner Oort Cloud Object (IOCO), meaning that it is isolated from most of the mass of the solar system and hence extremely interesting to study. They can act as probes to understand what happens on the icy edges of our Solar System. Many other such IOCOs exist, like Sedna, 2012VP113, etc. The Goblin is an extremely interesting object to study. It lies around 80 AU away from the sun (one AU, or Astronomical Unit, is the distance between the Sun and the Earth), which is far. In comparision, Pluto is around 34 AU, so this planet is more than twice as far away as Pluto, and that’s when its close by. At its aphelion, its a massive 2,300 AU away! Its a small, dark, and lonely world, only about 300km in diameter. However, what makes it more interesting is the tantalizing hints it keeps dropping, pertaining to the existence of the mysterious planet X. 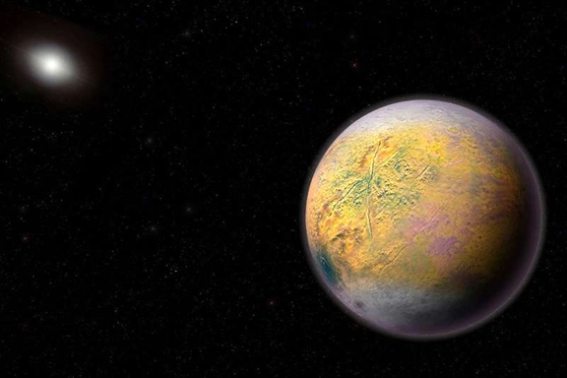 Interestingly, all these IOCOs, like our little goblin, Sedna and 2012VP113, have suspiciously similar perhelions. This could be explained by a large body ‘pushing’ them into similar orbits. To test this theory, scientists carried out different simulations by placing different sized bodies in orbit around the sun and seeing how their gravitational field affects our IOCOs. The results turned out to be in favour of Planet X, i.e. it kept the orbit of the goblin stable by ‘shepherding’ it, similar to how Saturn’s moons shepherd its rings.

Of course, none of this is conclusive proof of the existence of a mysterious, super-Earth sized planet in the far reaches of our Solar System, but it certainly does point to the possibility that it could exist, and that, along with other evidence, gives scientists more than enough incentive to keep looking.

What is Planet X?

Planet X is a hypothetical planet thought to exist beyond Pluto. Search for this elusive planet has been on since the late 1800s, and was thought to have been discovered when Pluto was found. However, scientists realised that Pluto was too small to cause the significant changes in the orbits of certain objects which resumed the search for the new planet, fueled by conspiracy theories about the Nibiru cataclysm.

Scientists realised that the orbits of several objects in and beyond the Kuiper belt, like the goblin, Sedna, 2012VP113, and 2 others have very similar perhelions, which cause them to cluster together, even though they have no outwardly visible reason to do so. The theory is that an as yet undiscovered rocky, icy planet exists in the Kuiper belt, way beyond Pluto that affects the revolution of these bodies and clusters them together with its gravity. 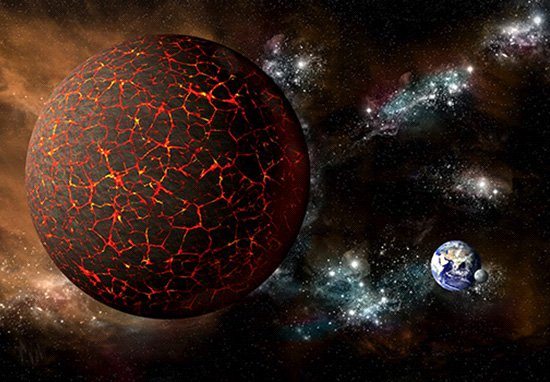 Judging from its gravitational influence, it has a mass of about 10 times that of earth, and an orbit of about 20 times that of Neptune. This means that it would take the planet a stunning 10,000 years to orbit the sun, which might explain why we haven’t discovered it yet. The astronomical community, however, is highly sceptical about its existence. There isn’t much conclusive evidence about its presence, apart from its effect on several other astronomical bodies. This scepticism is fueled by the Nibiru conspiracy, which predicted that a planet from the outer depths of the Solar System would come and crash into the Earth, changing its orbit and obliterating all life on Earth. The date, provided by several conspiracy buffs as somewhere in September of 2017, was conveniently postponed when no such planet came careening into the Solar System. 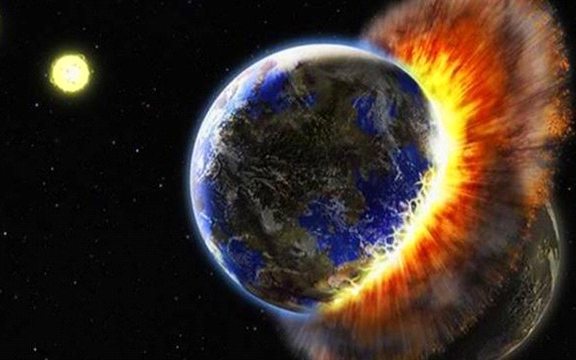 The determination of scientists knows no bounds, and hence they keep looking for it. Because of its size, scientists calculate that its visible, and hence now they will start looking with the strongest telescopes possible inspite of slim chances of success, because, frankly, discovering a whole new planet is quite extraordinary and exciting, to say the least!

The search for planet X yielded another interesting object; a pink, glowing orb lurking way beyond Pluto. This object, now a confirmed dwarf planet, moved so slowly, and hence, is so far, that the first word the lead of the project, Scott Sheppard, said was “farout”. And it stuck. The pink little dwarf, officially called 2018 VG18, was fondly named “Farout”. Many amazing facts describe our pink friend. Firstly, because it moves at a horrendously slow pace, it has to be really, really far away. Later analysis confirmed that it is, in fact, the farthest object ever to be seen in our Solar System. It is 120 AU away, while Pluto, former planet, was our benchmark for being far away, is a mere 34 AU away from the sun. To be so far away and yet be visible, means it has to be fairly large in size, and it is, having a diameter of 500-600 km. 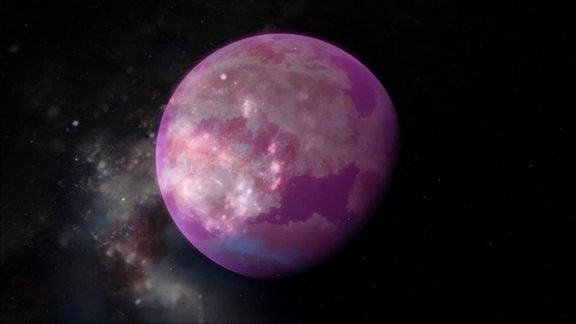 The second weird fact is that it is pink, which is a very interesting fact. Not many objects in our Solar System are pink. This pink colour can have many reasons, ranging from a different type of gas, some new sort of sandy material to an alien invasion by a Barbie-like race. The real explanation, however, is far less dramatic. The rosy hue is mostly formed due to ice that has been irradiated by the sun over millions of years, but we all have our fingers crossed for the alien invasion.

Because its so slow, scientists have had difficulty in mapping out its orbit, which they hope will give more evidence to the existence of planet X. Just like the other dwarf planets, if our pink orb also has a perhelion that coincides with the others, it would strongly suggest that planet X does exist and is really playing a hide and seek game of astronomical proportions.

Header Image Credits: Illustration by Roberto Molar Candanosa is courtesy of the Carnegie Institution for Science