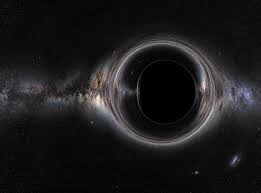 ←
PREVIOUS
Stephen Hawking - The Man Who Pushed the Boundaries of Knowledge

From the instant we found out about these mysterious objects in our universe – the black holes- we have been reviewing all sorts of physics that are valid for it, whether they sustain or break down. One such aspect that late physicist Prof. Stephen Hawking studied along with Jacob Bekenstein was whether thermodynamics, the science that governs everything ranging from micro-level atomic particles to astronomical level objects, be applied to such a weird creation. But the main problem was that we didn’t know anything about it at all! Starting from the facts known about its origin and nature and making some assumptions, they made a new field called black hole thermodynamics.

The assumptions made arose from the very nature of laws of thermodynamics. The second law of thermodynamics states that for an isolated system (i.e. no exchange of matter or energy with the surrounding) the total entropy can never decrease. This implies that black holes should have some entropy because otherwise, we can violate the law by throwing some mass in it and decreasing the total entropy of the universe. Using elementary thermodynamics, some previously derived theorems about black holes by Hawking, Bekenstein related the total entropy of a black hole directly to the area of event horizon and Boltzmann constant, and inversely to the square of Planck length. The proportionality constant was fixed using Hawking radiation.

And thus was derived a beautiful relation, called the Bekenstein-Hawking formula:

Consequently, four laws of black hole mechanics were also established, analogous to the four laws of thermodynamics. The zeroth law state that the event horizon of a stationary black hole has constant surface gravity which is analogous to temperature. The first law relates the change in energy to the change in area, angular momentum and electric charge. The second law states that the horizon area is a non-decreasing function of time. And the third law prohibits from forming black holes with zero surface gravity.

Over the years, these laws have been somewhat modified as new data on observing black holes is analyzed. Hawking theorized that if a particle-antiparticle pair is created at the event horizon, one of them may be sucked in by the black hole before annihilation and the other emitted as so-called Hawking Radiation. After the hypothesis of Hawking radiation was proved, it was well understood that the horizon area and mass of a black hole decreases over time in open systems.

In fact, black hole thermodynamics can be applied to more general systems as well. They have been used to show that cosmological event horizons/particle horizons (which essentially, is the boundary between observable and unobservable universe) also have an entropy and temperature. Recent studies have also shown that the proportionality between entropy and surface area can also be used to obtain new fluid models and derive surface tension in a novel way.

A recent development of Holographic principle which states that the number of degrees of freedom of a system can be related to geometry of spacetime it is present in. This particular principle has huge implications on theories of quantum gravity. This principle makes use of Bekenstein-Hawking formula to a huge extent.

Thus, further study of thermodynamics at such extreme conditions can really open new ways to observe and analyze the universe and can help in discovering unknown uses of heavily studied physics from new angles!